Tag Archives: Tones And I

Another stormy week on the charts.

Showering the people with bops.

Welcome to Radio Active, a Sunday evening report from POP! Goes The Charts that gets to the chart of the matter: all the highlights from the CHR/Top 40 chart, as published by Mediabase 24/7 and Mediabase Research. Before the holiday weekend starts to mess a bit with some spin action, here’s what’s popping at the format this week:

NO END TO THE WEEKND: He’s back! The Weeknd returns to #1 on the Top 40 radio chart with “Blinding Lights”, giving the song its fifth nonconsecutive week at the top. The international hit also scores its seventh week at #1 on the Hot AC chart and climbs into the top ten on the AC list, up 11-10 for the week.

Jack Harlow pops in at #48 on the Top 40 radio chart with “Whats Poppin”, a track that now ranks at #4 and #6 on Rhythmic and Urban charts, respectively. Meanwhile, the Topic and A7S collaboration “Breaking Me” breaks into the region at #50. The song has already gone to #1 on the Dance chart and has charted well across Europe.

In The Mix:
A Is For Arrows – Talking In My Sleep
Ben Rector – It Would Be You
Cody Fry – Thinking About You
John-Robert – Adeline
Joshua Speers – Bad Night (new)
Justin Timberlake – Perfect For Me (new)
Maddie Medley – Coming Of Age
Zoe Wees – Control (new) 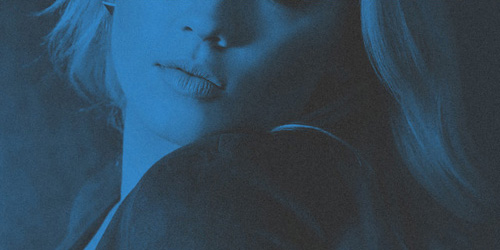 Welcome to Add Lib, your Tuesday report on POP! Goes The Charts that’s mad about CHR/Top 40 adds, based on the station data provided by Mediabase 24/7 and Add Board. This week: it was a much slower session at the format, with several big collaborations leading the way at the top of the log. Let’s add ’em up:

HOPING FOR ADDS: The adds action on this week’s report was much lower compared to last week’s session that combined two weeks worth of data, but in the end, the new Charlie Puth-assisted version of Gabby Barrett‘s “I Hope” snuck into the top spot, earning 27 new commitments. That sum was just three adds of the song finishing in second place, “Rockstar”, the current #1 single on the Billboard Hot 100 from DaBaby featuring Roddy Ricch.

Charting singles from Cyn, Lil Mosey and Tones And I returned to the top ten on the adds report this week.

We’ll see you next Tuesday for another adds recap, featuring a pair of collaborations from Kygo & OneRepublic (tied for seventh place this week) and Topic & A7S. 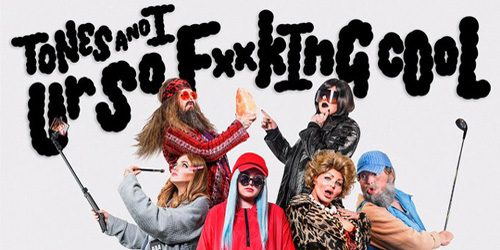 It’s time once again to analyze the airwaves and find out if your favorite new releases will be lighting up your local station’s playlist this week. Which tunes will climb to the top and which ones will hit a stop? Here’s a larger track impacting this week at the Top 40 format:

Next week, look out for Kygo and OneRepublic‘s “Lose Somebody” to impact at this format, which is already winning somebody (or somebodies, rather) at the Hot AC format.

How will this song perform on the adds report? Let me know!

Welcome to Radio Active, a Sunday evening report from POP! Goes The Charts that gets to the chart of the matter: all the highlights from the CHR/Top 40 chart, as published by Mediabase 24/7 and Mediabase Research. Writing about music and radio charts at the moment is a bit strange, but for petition and donation resources in the fight against racial inequality in our country, please go to this website and do what you can. Here’s what’s popping at the format this week:

BACK INTO THE LIGHT: Returning to the summit on the Top 40 radio chart for a fourth nonconsecutive week, The Weeknd‘s “Blinding Lights” is enduring on the pop airwaves, while simultaneously topping the list at the Hot AC format. The tune is now in its 25th week in the top 40. The most recent single from his After Hours album, “In Your Eyes”, stalled out a few weeks back at #19.

There’s some crazy top 40 action on the chart this week, including six new entries in the region. Gabby Barrett‘s “I Hope” makes a huge leap from 42-32 to become her first top 40 single at the format. It previously topped the Country radio chart in April. From the soundtrack to upcoming film Promising Young Woman, Cyn earns her first top 40 hit with “Drinks”, up from 41-35. After narrowly missing the top 40 with two releases in 2016, JoJo has her first top 40 song in eight years with “Man”, climbing from 43-37. It’s her sixth title to enter the region since 2004. The Surf Mesa and Emilee collaboration “ILY (I Love You Baby)” leaps from 45-38, with the two performers each earning their first top 40 entries. Sam Fischer jumps from 44-39 with “This City”, as he lands his first top 40 entry here as well. It now ranks in the top 20 on the Hot AC chart. Last but not least, Ashe climbs from 46-40 on the survey with “Moral Of The Story”, which is currently in the top 15 on the Alternative chart.

The top 50 is just as active on the chart with another six entries in that region, led by Tones And I‘s “Ur So F**king Cool” at #43. It follows the global hit “Dance Monkey”, which spent six nonconsecutive weeks at #6 on the Top 40 survey this year. Newcomer Pink Sweat$ isn’t sweating his entry at #45 with “17”, followed by the TikTok-fueled “Banana” by Conkarah and Shaggy, which begins to ripen at #47. Olivia O’Brien‘s “Josslyn” starts at #48, as she makes her first appearance on the chart since the end of 2016. That year also happens to be the same one when Melanie Martinez last charted at the format; her “Play Date” arrives at #49. Sia‘s new single “Together” ends this Sunday’s wild chart adventure; the cut from her upcoming film Music sneaks in at #50.

POP! Goes The Charts
Create a free website or blog at WordPress.com.