This Friday is for the kids.

You have permission to dance to and stream these top New Music Friday releases, including the current albums from Jam & Lewis, The Maine and Tom Odell, as well as fresh singles from Billie Eilish, Post Malone and The Kid LAROI. So, let’s get to it, kids:

Next week, the new albums from John Mayer, Pop Smoke and Tones And I are among the larger releases on the schedule. For Adam’s personal picks of the week, listen to the PGTC Friday Faves list on Spotify!

NEW MUSIC FRIDAY: Releases For The Week of November 23, 2018

Fall in “Love” this Thanksgiving.

Pass the turkey, stuffing and the new albums… it might be a slow date, but these are the notable digital and physical releases out this Friday:

RITA ORA – Phoenix (iTunes)
Ora has largely struggled with a U.S. audience; her latest radio single, “Let You Love Me”, is charting below the top 40 at Top 40 radio. Still, as one of the bigger titles this week, it could attain a decent debut on the Billboard 200 list.

Next week: look out for new albums from Alessia Cara, Clean Bandit, The 1975 and more. For Adam’s personal picks of the week, listen to the PGTC Friday Faves list on Spotify!

“Someone” has a new release…

Tricks and treats and plenty of ear candy is on the schedule this week, as we enter the last Friday before Halloween. Who’s going to spook the top spot? These are the notable digital and physical releases hitting the market today:

LUKAS GRAHAM – 3 (The Purple Album) (iTunes)
Best known for the international smash “7 Years”, which topped the Hot AC and Top 40 radio charts here in the U.S., the Danish band is back with their newest album. It features the radio single “Love Someone”, which is currently climbing through top 20 at the former format and impacting at the latter this coming Tuesday.

THE STRUTS – Young & Dangerous (iTunes)
Featuring the Alternative radio hit “Body Talks”, which sits just below the top ten at the format, these rockers are turning up the volume on the chart with their new set. It should easily surpass the peak of their last album, which barely cracked the top 100.

TORY LANEZ – Love Me Now? (iTunes)
With “Talk To Me”, a collaboration with Rich The Kid, now in the top ten at Urban radio, Canadian performer Lanez will likely have a good opening week for his second album of 2018. Will it continue his top five streak on the Billboard 200?

Next week: look out for new albums from Barbra Streisand, the Pistol Annies, Takeoff and more. For Adam’s personal picks of the week, listen to the PGTC Friday Faves list on Spotify! 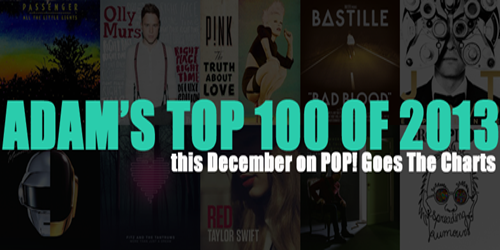 They can’t stop, and they won’t stop…

It’s the most wonderful time of the year… no, forget about Christmas, it’s time for another Top 100 of the year based on my personal charts for the 2013 chart year! It’s everything from the year that was, from “Crazy All My Life” to “I Want Crazy” to “Keep Me Crazy”. We had passengers, pits and punks all rank among the top 40 this year, as well as dolls, dragons and more. We travelled to “Pompeii” and “St. Croix”, and now we’re on our way to the “Best Song Ever” on the “Best Day Of My Life”. It could very well be the “Best I Ever Had”. Alright, enough of my yapping, now.

Peak positions listed are as of the last chart included in the year dated November 24, 2013. Those marked with a plus had not yet reached their highest position as of that date. Ties in points were broken based on peak, number of weeks at peak and number of weeks in the top 40.

Now, let’s get back to the countdown and pick it up at #80 with one of Canada’s most successful exports… 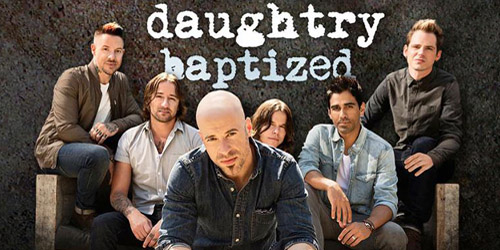 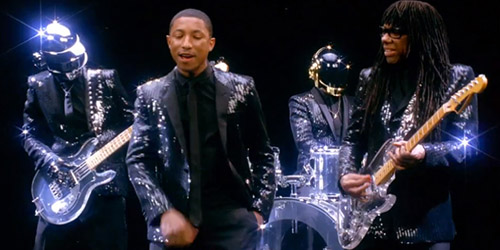 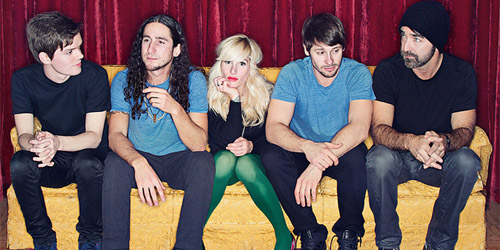 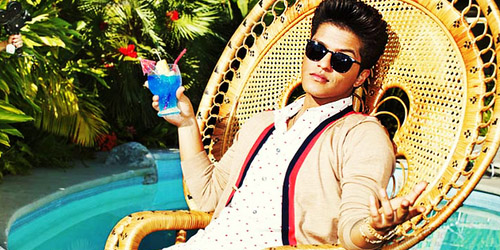 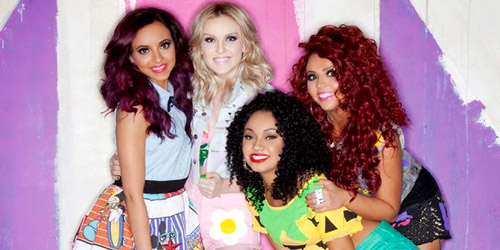 I think she’ll have a chart attack.

Check back tomorrow for 60-41 on the year-end chart and let me know what you’re liking so far below!

Some say that the album is dead thanks to the usual excuses: complaints about filler and lackluster quality, the down trend of sales in the single heavy market we’re currently trapped in and fewer and fewer artists getting signed to major labels. To that I say, nonsense! Plenty of awesome albums came out this year chock full of great songs from both commercially successful acts and independent DIY musicians. From pop to rock to dance and everything in-between, I’ve ranked 20 of my favorites from the year that was.

For this survey, dozens of albums were considered, both those released this year and those released last year that I heard for the first time this year. (I did not compile any sort of albums year-end list in 2012.) About 30-35 made the shortlist, then that was eventually crammed down to the 20 you’re about to see over the next two days.

“Closer” to the charts.

20. TEGAN & SARA – Heartthrob
Sisters Tegan and Sara Quin have had their share of musical ups and downs in the past 15 years; this year featured a change of sound into the pop world rather than their usual indie rock fare with the help of producer Greg Kurstin. The effort was both a critical and commercial success, including the hit “Closer” and the solid followup single, “I Was A Fool”.

19. MICHAEL BUBLÉ – To Be Loved
The Canadian crooner delivered another good effort, becoming his latest #1 album on the Billboard 200. Leadoff single “It’s A Beautiful Day”, adult contemporary speak for a four letter word followed by a “you”, topped my survey for four weeks, while remakes of “Somethin’ Stupid” (with Reese Witherspoon) and “Who’s Lovin’ You” were keeping it smooth.

Down with the kids.

18. TOM ODELL – Long Way Down
Odell just turned 23 in November, and a what year 2013 was for him. His first album debuted at #1 went Gold in his native U.K., with third release “Another Love” becoming a top ten record on the Singles Chart. It also ascended into the top 20 on my survey. From the mellow “Grow Old With Me” and title track to the rockier “Hold Me”, it’s a great start for the singer.

This is how she do.

17. KATY PERRY – PRISM (PGTC Review)
This year, Perry came back with a bang, or should I say a “Roar”, and filled the pop charts once again with joyous jams. While the first half of the album shines with a ton of potential radio-ready tracks like “Birthday” and “International Smile”, it falls off significantly in the second half, leading to an uneven album. It’s no Teenage Dream, but it’s no nightmare either.

16. HANSON – Anthem
Long after the days of the 1997 pop anthem “Mmmbop”, the Oklahoma trio are still cranking out great music in 2013 on what could be their best album yet. Lead single “Get The Girl Back” rose to #11 on my chart, their biggest hit in nine years. Mixing elements of rock and soul with their nice nostalgic touch, tracks like “Fired Up” and “You Can’t Stop Us” shine on.

15. HAIM – Days Are Gone
You saw them appear on Saturday Night Live in November and a few months prior to that, their first album debuted in the top ten on the Billboard 200. The brilliantly constructed ode to fun 80’s pop is felt throughout the entire effort, especially on the first few songs like “Forever”, “The Wire” and “Don’t Save Me”. Do save a place for this on your 2013 list, however.

Don’t Walk away from this one.

14. WALK OFF THE EARTH – R.E.V.O.
Their YouTube videos rank them highly in the viral community, and earlier this year, the quintet released their first album through Columbia Records. The Canadian band managed to put a pair of singles into my top ten this year: “Red Hands” (#5) and “Gang Of Rhythm” (#10). Mixing flavors of pop, reggae and ska, their breezy sound is as sunny as a summer day.

13. FIVE FOR FIGHTING – Bookmarks (PGTC Review)
48-year-old John Ondrasik took his time when recording his new album, and for the most part, the end product was satisfactory. Produced by longtime collaborator Gregg Wattenberg, the set captures great moments, including single “What If” and the soaring “Heaven Knows”, but also has its share of odd sequences and cheesy lyrics. It’s still worth a read.

12. SARA BAREILLES – The Blessed Unrest (PGTC Review)
Probably the most surprising nomination for a GRAMMY Award for Album Of The Year as announced last week, Bareilles’s third major label LP on Epic Records is a collection pleasant pop tunes mixed with a pinch of experimental choices. While it falls short of her previous albums, songs like “Chasing The Sun” and “I Choose You” are lovely selections. 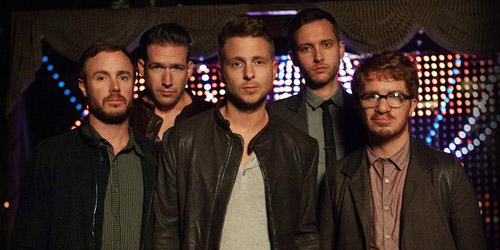 11. ONEREPUBLIC – Native
The band who said it’s too late to apologize doesn’t have to be sorry for this. Delayed until March, Native was their most critically successful album yet, and they’ll be “Counting Stars” for a while. While single “If I Lose Myself” is their highest ranked song on my Top 100 of 2013, I’m also a fan of “Burning Bridges” and “I Lived”, which haven’t seen a wide release.

Look out for my top ten albums of 2013 coming tomorrow on the blog. Until then, if you’re liking any of my choices so far, comment below or find PGTC on Facebook and Twitter by clicking the “Get Social!” tab.

TURN IT UP TUESDAY: What’s New In Stores This Week (September 17)

September’s picking up speed with quite a few big releases this week – here are all the ones you need to know about for this Tuesday, September 17:

All the legends are coming out next week — Cher, Elton John and Sting are all releasing on the same Tuesday together! How will they fare against youngsters like Icona Pop and R5? A preview is coming in seven! 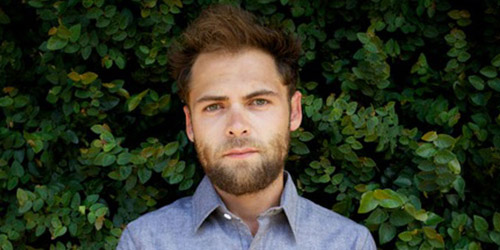 It’s not easy being green.

In The Mix:
Backstreet Boys – In A World Like This (new)
Barenaked Ladies – Odds Are
Britney Spears – Ooh La La
Demi Lovato – Made In The USA
Gavin DeGraw – Best I Ever Had (new)
Jack Johnson – I Got You
John Mayer – Paper Doll (new)
Jonas Brothers – First Time
Justin Timberlake – Tunnel Vision
Kelly Clarkson – Tie It Up
Megan & Liz – Release You
Michael Bublé – Close Your Eyes
Mike Posner – The Way It Used To Be
MKTO – Classic (new)
Olly Murs – Dance With Me Tonight (re-entry)
Phoenix – Trying To Be Cool
Skylar Grey – Wear Me Out
Tegan & Sara – I Was A Fool
Toad The Wet Sprocket – New Constellation

See my full chart on the M4BCC message board.