NEW MUSIC FRIDAY: Releases For The Week of February 8, 2019

Get ready for the 61st Annual Grammy Awards with the best new releases this week, including a highly-anticipated album that quite a few people will be particularly thankful for. Here are all the notable albums and singles hitting the market today:

Next week, look out for new albums from Avril Lavigne, Florida Georgia Line and many more. For Adam’s personal picks of the week, listen to the PGTC Friday Faves list on Spotify! 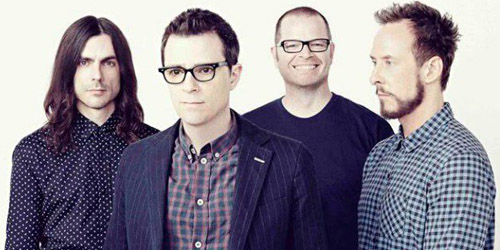 This April Fools Day, there will be no pop pranks or jazzy jokes on the release schedule. (Well, there may be, but not while this post is going up initially. Stay tuned…) Get movin’ to this music, because here are this week’s album and single releases:

We’ll see you next week for new releases from Deftones, Mayer Hawthorne, The Lumineers and more.

TURN IT UP TUESDAY: What’s New In Stores This Week (July 16)

After a few weeks of lighter lists, we get back to the good stuff this week. Here’s your releases report for music out today, July 16:

Queen of the tweens Selena Gomez will likely be next week’s top debut… but can she make it to #1? A preview is coming in seven!

Didn’t Win The Powerball Jackpot? Here’s A Playlist That’s On The Money

A little dinero would be nice.

Yes, it was a sad time for all as we watched the 11 o’clock newscast only to find that our $10 worth of lottery tickets didn’t get us any prizes. That’s okay, though, I’m sure you’ll hit the jackpot next time. In the meantime, here are sixteen tunes (since 16 was one of the lucky numbers) I enjoy on the wins and woes of money for you to savor while your fortune awaits.

BARRETT STRONG – “Money (That’s What I Want)” (1960)
One of Motown’s earliest releases, this straight-forward R&B tune has a simple lyric that resonates with many people. This was Strong’s only charting hit, but he became a successful songwriter in the late 1960’s and early 1970’s, writing many hits for groups like The Temptations. This song was most notably covered on the cheap in 1979 by The Flying Lizards, who turned it into, well, something different. That version peaked in early 1980 but did not make the top 40.

PINK FLOYD – “Money” (1973)
Empty out your cash registers because we’re taking a trip to the Dark Side Of The Moon. An epic six-minute song from the landmark album, it still gets quite a bit airplay today.

THE O’JAYS – “For The Love Of Money” (1974)
Here’s one that trumps them all… at least when it comes to The Apprentice. This socially-conscious hit about the effects of money packs a lot of funk into this R&B number.

STEVE MILLER BAND – “Take The Money And Run” (1976)
When they weren’t watching the tube, Billie Joe and Bobbie Sue decided to have some adventures, shot a man, and then took his money on the run with them. Kids these days. The Steve Miller Band are still rocking and rolling on Classic Rock radio today and have even put out some new material in the past few years.

HALL & OATES – “Rich Girl” (1977)
There is something about that Philadelphia sound that’s extra smooth. There’s no denying that Daryl Hall is one of the best and charismatic vocalists of all-time and this song about a girl with rich parents is also rich in flavor.

ABBA – “Money, Money, Money” (1977)
The Swedes just know how to make those great Pop tunes. ABBA stands among the best, and this song shows it, a dark tale of a woman who desperately wants a little bit of dough to compete “in a rich man’s world.” Key change included!

DIRE STRAITS – “Money For Nothing” (1985)
The sultans of swing returned six years after their first hit only to find themselves critiquing the music video business. Their catchy sound, along with Sting’s of “I want my MTV”, propelled them back to commercial status with Brothers In Arms, which launched three singles into the top 40 on Billboard’s Hot 100.

“Money For Nothing” spent three weeks at #1 in September and October 1985.

RUSH – “The Big Money” (1985)
The Canadian trio led by Geddy Lee shocked more than a few fans when this ditty came out, a distinctively more glossy sound than previous records, similar to The Police’s Synchronicity or Yes’s 90125. Lyrically, it’s holds up with the best of their material: “It’s the power and the glory/It’s a war in paradise/It’s a Cinderella story/On a tumble of the dice.”

ABC – “(How To Be A) Millionaire” (1986)
ABC’s penultimate top-40 hit in the States was an energetic number about a man eager to earn his money and build it up. Unfortunately, the song didn’t earn them a lot of riches, but it remains one of the group’s best.

PET SHOP BOYS – “Opportunities (Let’s Make Lots Of Money)” (1986)
One of the biggest Dance acts of all-time scored their second U.S. hit with this positive Pop track about a twosome who is one-half brains and one-half looks. Together, they’ll make it big, just like their stacks of bills.

SIMPLY RED – “Money’s Too Tight (To Mention)” (1986)
Mick Hucknall and the boys of Simply Red first hit the U.S. shores with their #1 hit “Holding Back The Years”, but this was the song that launched them in their native U.K., an attack on the Ronald Reagan era economic reforms. Did the Earth move for you, Nancy? Heavy stuff, but oh, but you can dance to it!

CALLOWAY – “I Wanna Be Rich” (1990)
This duo became one of the biggest one-hit wonders of the 90’s with this song about a guy who wants some mean green. Looking for their “pie in the sky”, they got it, at least for one brief moment in Pop history.

TONY! TONI! TONE! – “If I Had No Loot” (1993)
One of the last big New Jack Swing hits, the song became the trio’s biggest crossover success. Once you start earning those dollars, “friends” just want your cash; the message seemed to resonate with a lot of people.

BARENAKED LADIES – “If I Had A Million Dollars” (1996)
The boys of BNL liked to have a little fun and this one was no exception. Originally a hit in Canada in 1992, it never received a single release in the United States, but garnered some unsolicited airplay beginning in 1996 after a version recorded live at the Bryant Street Theatre in Chicago was featured on their release Rock Spectacle. You wouldn’t have to eat Kraft Dinner, but you would.

“If I Had A Million Dollars” hit #13 on Canada’s National Singles Chart in 1992 and was rereleased in the United Kingdom in 1996.

WHITNEY HOUSTON – “Million Dollar Bill” (2009)
The late Miss Houston may have passed away earlier this year, but she still managed to get up and boogie on one of the highlights from her last studio album, I Look To You. It’s a retro-tinged jam that’s more about feeling like a million rather than making it, but it’s still an anthem.

FITZ & THE TANTRUMS – “MoneyGrabber” (2011)
This group from Los Angeles have made a name for themselves recalling that classic Stax Records sound. “MoneyGrabber” was their breakout song, where the protagonist is fed up of their lover and kicking them to the curb. Way to go.

“MoneyGrabber” hit the top-40 on the Hot Adult Contemporary chart in 2011 and also hit #1 for a week on my own personal chart.