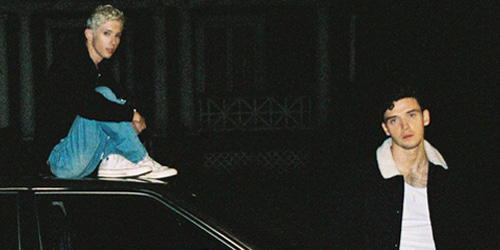 PICK OF THE WEEK: ONE
ASHLEY TISDALE – “Love Me & Let Me Go” (Spotify)
Previously on the Rewind: Second appearance

Former Disney star Tisdale last appeared on the report in November when her original track “Voices In My Head” was released to a fairly good reception. Her follow-up song, though not as successful commercially, is a nice electronic pop addition to her collection.

PICK OF THE WEEK: TWO
FRANKIE – “Lost In Translation” (Spotify)
Previously on the Rewind: Third appearance

Just ahead of her forthcoming EP STA7GES, due next month, this performer has another great pop sound on her hands. Other cuts on the set include “When I’m Ready” and “You Decided”, both of which landed on the report last fall. Translation: prepare for bops!

Lauv is definitely in a collaborative mood lately, as the Julia Michaels-assisted “There’s No Way” continues to gain on the pop radio chart, while his release with Sivan makes its debut this week. The short but sweet sound is catchy and the boys sound nice together.