NEW MUSIC FRIDAY: Releases For The Week of December 7, 2018

The Evil forces are out to get you this Friday! Will they be strong enough to take the spot on the Billboard 200 survey? These are the notable digital and physical releases out this Friday:

GUCCI MANE – Evil Genius (iTunes)
Featuring the current #1 hit on the Rhythmic and Urban radio charts, “Wake Up In The Sky”, a collaboration with Bruno Mars and Kodak Black, the set could become Mane’s first #1 album on the Billboard 200 chart. He’s had a pair of albums peak at #2 since 2016.

21 SAVAGE – I Am > I Was (iTunes)
This performer made the top five on the Billboard 200 survey twice in 2017 with a solo set and a collaborative effort with Offset and Metro Boomin. We’ll see if his latest solo outing is savage enough to return to the region. (It very likely will.)

Next week: look out for new albums from Bruce Springsteen, Mitchell Tenpenny, Offset, ZAYN and more. For Adam’s personal picks of the week, listen to the PGTC Friday Faves list on Spotify! 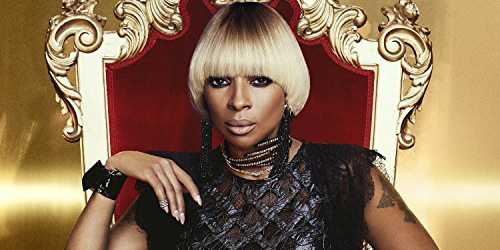 There’s something about Mary…

When the Queen Of Hip-Hop Soul faces off against other chart royalty in the battle for the week’s highest debut, you know it is going to be a good fight. Get your downloads and streams ready, because here comes the latest new releases update:

MARY J. BLIGE – Strength Of A Woman (iTunes)
Blige should show some notable Strength in the marketplace with her latest studio album, which comes after a pair of #1 songs at the Urban AC format: “Thick Of It” and “U + Me (Love Lesson)”. It also includes “Love Yourself”, featuring Kanye West, which is on its way up the Urban chart. A dozen of her previous studio albums, dating back to 1992, have hit the top ten on the Billboard 200, and a top five debut is certainly possible for her latest effort.

WALE – Shine (iTunes)
Pushed up a week from its initial release date, perhaps due to a battle brewing between new sets from Chris Stapleton and Logic, this popular rapper’s fifth studio album is his first in two years. The lead single from it, “Fashion Week” (featuring G-Eazy), ranks in the top 30 at Urban radio, and sits just outside the top 40 at the Rhythmic format. The album will likely debut in the top five.

GORILLAZ – Humanz (iTunes)
The animated band is back with their first album in six years. Single “We Got The Power”, featuring Jehnny Beth, quickly reached its top 40 peak on the Alternative chart, though it’s not so powerful now, as it tumbles down the survey. Will this release return them to the top ten for the first time since 2010? We’ll see soon.

CASHMERE CAT – 9 (iTunes)
He’s one cool Cat. This album features collaborations with a number of popular acts, including Ariana Grande and The Weeknd. One single from it, the Selena Gomez and Tory Lanez-assisted “Trust Nobody”, received some minor pop airplay last year.

We’ll see you next week for new albums from Chris Stapleton, Logic and more. Listen to the PGTC Friday Faves list on Spotify!

TURN IT UP TUESDAY: What’s New In Stores This Week (September 23) 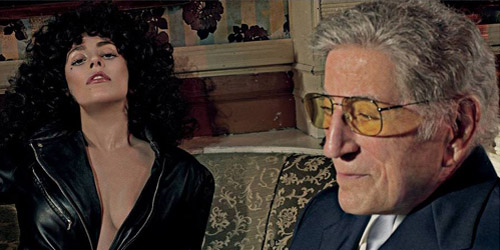 It’s a snazzy and jazzy update this week, with two unlikely superstars paired together for a collection of covers, along with one of Country’s leading men and one of England’s hottest indie trios. Here’s what albums and singles are in stores for the week of September 23:

New digital-only singles that you can buy this week (and there’s a whole lot of them) include:

It’s a crazy week as the labels prepare for their final shot at a GRAMMY nomination for acts with new albums like Blake Shelton, Colbie Caillat, Lady Antebellum, Prince and more. So many releases, so little time, but a full preview is coming in seven!