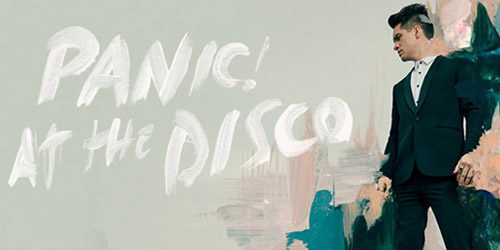 Welcome to Radio Active, a Sunday evening report from POP! Goes The Charts that gets to the chart of the matter: all the highlights from the CHR/Top 40 chart, as published by Mediabase 24/7 and Mediabase Research. As we continue through the annual freeze at radio, there are very few highlights at the format this week. So, we’ll keep it short and sweet! Here’s what’s popping this Sunday:

NEW YEAR, SAME PANIC: As 2019 approaches, “High Hopes” by Panic! At The Disco remains on top of Alternative, Hot AC and Top 40 lists for the fourth consecutive week. It’s now one of two songs during the plays-per-week era to accomplish the feat, the other being “Boulevard Of Broken Dreams” by Green Day in February and March 2005. Two hits by Ariana Grande and another by Halsey will be vying for the top spot following these end of the year festivities; it’s anyone’s guess as to which of these tracks gets to #1 first.

The lone top 40 debut on this week’s chart comes from Madison Beer and her Offset-assisted song “Hurts Like Hell”, up from 41-39 this week. It’s the second tune to enter the region for Beer and the second solo hit for Offset, who previously charted with Migos.

With a number of tracks being purged from the chart next week, as the normal recurrent rules go back into effect, look for a number of new titles in the lower regions of the list on Sunday, including future top 40 releases for George Ezra, Sabrina Carpenter and more.

It’s time once again to analyze the airwaves and find out if your favorite new releases will be lighting up your local station’s playlist this week. Which tunes will climb to the top and which ones will hit a stop? Here are two singles impacting this week at the Top 40 format:

Next week: Bad Bunny and Drake‘s current top ten Rhythmic smash “MIA”, which has flirted with the lower rungs of the top 50 at this format, officially impacts next Tuesday.