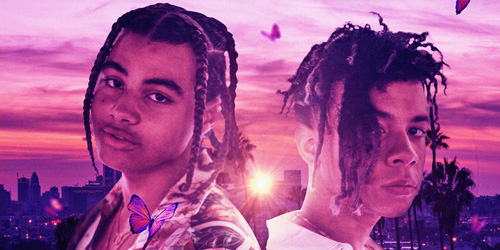 Welcome to Radio Active, a Sunday evening report from POP! Goes The Charts that gets to the chart of the matter: all the highlights from the CHR/Top 40 chart, as published by Mediabase 24/7 and Mediabase Research. The Top 40 radio panel should be electing a new #1 song later this month, but until then, let’s see what’s popping at the format this week:

YOU’RE GOLDN: 24KGoldn and Iann Dior remain very strong at #1 on the Top 40 radio chart for the third week in a row with “Mood”. The single gained more than 1,100 spins vs. last week and is well over 3,000 spins ahead of the song at #2. The summit will probably be pretty moody again next week, as the collaboration earns a fourth frame at the top.

In the top 50, Maluma‘s “Hawái” debuts at #47 on the chart, thanks in part to a new remix that features The Weeknd. Landing at #50, MAX starts on the chart with “Blueberry Eyes”, a collaboration that includes SUGA of the well-known K-pop group BTS. The song can be found on MAX’s album Colour Vision, which was released in September.