In The Mix:
Avril Lavigne – Give You What You Like
Clean Bandit featuring Sharna Bass – Extraordinary
Daughtry – Battleships
Imagine Dragons – Bleeding Out
Kylie Minogue – I Was Gonna Cancel
OneRepublic – Love Runs Out (new)
Paloma Faith – Only Love Can Hurt Like This
Passenger – Heart’s On Fire (new)
Ray LaMontagne – Supernova
Red Wanting Blue – You Are My Las Vegas
Sam Smith – Stay With Me
Sarah McLachlan – In Your Shoes
The Fray – Break Your Plans

Could this be the “Magic” at last?

In The Mix:
Avril Lavigne – Give You What You Like
Clean Bandit featuring Sharna Bass – Extraordinary (new)
Daughtry – Battleships
Grizfolk – The Struggle
Imagine Dragons – Bleeding Out
Jeremy Redmore – Bad Philosophy
Kylie Minogue – I Was Gonna Cancel (new)
Paloma Faith – Only Love Can Hurt Like This (new)
Ray LaMontagne – Supernova
Red Wanting Blue – You Are My Las Vegas (new)
Sam Smith – Stay With Me
Sarah McLachlan – In Your Shoes (new)
The Fray – Break Your Plans
The Seasons – Apples

In The Mix:
5 Seconds Of Summer – She Looks So Perfect
Augustana – Ash And Ember
Avril Lavigne – Give You What You Like
Betty Who – Heartbreak Dream
Daughtry – Battleships
Donkeyboy – Crazy Something Normal (new)
Grizfolk – The Struggle
Imagine Dragons – Bleeding Out
Jeremy Redmore – Bad Philosophy (new)
MAGIC! – Don’t Kill The Magic (new)
Ray LaMontagne – Supernova
Saint Raymond – Everything She Wants (new)
Sam Smith – Stay With Me
The Fray – Break Your Plans (new)
The 1975 – Robbers (new)
The Seasons – Apples

If you follow the radio charts like I do, you’ll want to be on top of only the freshest music being serviced across the nation. So, I’m bringing back an early PGTC feature with a bit of a revamp. With this monthly series, I’ll be highlighting some great tracks at a few different radio formats I enjoy that will be fighting for airspace over the next few months. So, what are we waiting for? Let the battles begin.

NICO & VINZ – “Am I Wrong?” (April 1) (*)
Label: Warner Bros.
Already a top ten hit in several European territories, “Wrong” is currently gaining at the Hot AC format and ranking in the lower rungs of the top 40. The duo was formerly known as Envy and consists of Nico Sereba and Vincent Dery. It may already be touted as the “Song of the Summer” by the label, but this still has a ways to go. We’ll see what happens. 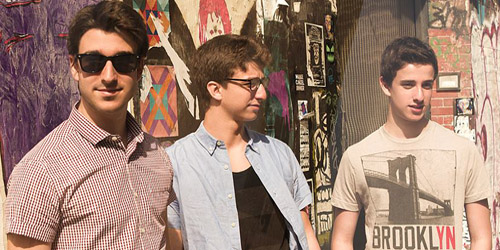 Bringing cartoons to the tunes.

AJR – “I’m Ready” (April 8) (*)
Label: AJR/Warner Bros.
After months of airplay on SiriusXM’s Hits 1 and 20 on 20 as an independent act, the trio of brothers from New York City are partnering with Warner Bros. to bring “Ready” onto the terrestrial airwaves. Looks like they’ll find some life on the charts thanks a guy who lives in a pineapple under the sea. The catchy single is bound to be a summer favorite.

Looking for a H.I.T on the chart.

LADY GAGA – “G.U.Y” (April 8) (*)
Label: Streamline/Interscope
Much has been said about ARTPOP era, but it continues to move on despite the mixed reaction. The third single from the album ranks as one of my top tracks from the disc, and a short film for it (and a few other clips from the effort) is racking up millions of views online. You can currently find her playing a set of shows to close the Roseland Ballroom. 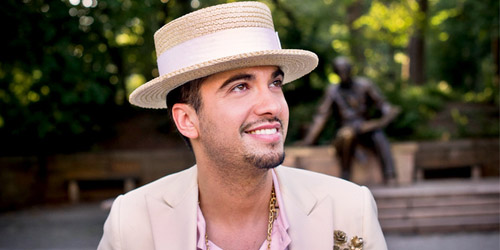 It has a ring to it.

DJ CASSIDY featuring ROBIN THICKE and JESSIE J – “Calling All Hearts” (April 15) (*)
Label: Columbia
It’s rising up the top ten on my personal chart, but a few delays have pushed its radio release to this month. The crazy hot disco jam leads off Paradise Royale, now due in June. A promotional single featuring R. Kelly, “Make The World Go Round”, is also out on the web. The DJ’s debut project is quite an ambitious one, but it sounds like a winner to me. 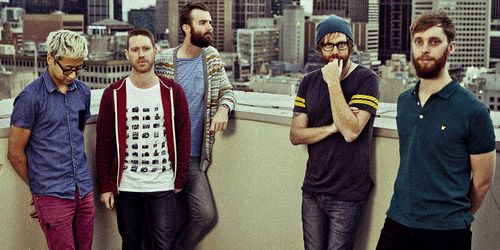 BIRDS OF TOKYO – “Lanterns” (April 22) (*)
Label: Loma Vista/Republic
Last year, March Fires became the first #1 on the ARIA Albums Chart for this five man band out of Perth. This single was the second lifted from it, peaking at #3 down there and achieving a 3x Platinum certification. With growing spin counts at Alternative and AAA radio, a crossover was bound to happen. It may be a tad bit soon, but the song is good.

Water you waiting for?

VANCE JOY – “Riptide” (April 1) (*)
Label: Atlantic
This former top ten single in Australia and the United Kingdom recently broke the top five on the AAA survey. Now, it’s been picked up by a handful of Alternative stations before its official impact date this Tuesday. It also charted at #1 on the yearly Triple J Hottest 100, one of the most influential radio stations out of Australia. Blimey! That’s great.

NEULORE – “Shadow Of A Man” (April 8) (**)
Label: Island
Bandmates Adam Agin and William T. Cook formed this act five years ago and have been going steady since it. Back in 2010, they released the independent Apples & Eve, with this single being their first major label release. It was used on an episode of Grey’s Anatomy last year and Hart Of Dixie a few months ago. It’s a solid folk song with great potential. 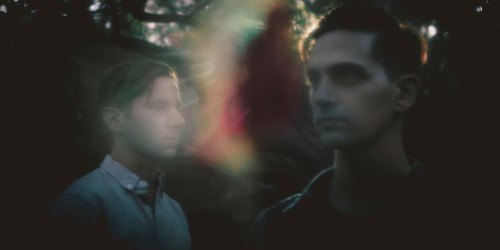 This is the new year.

NIGHT TERRORS OF 1927 – “Dust And Bones” (April 15) (*)
Label: Atlantic
What’s in a name? Theirs is certainly an intriguing one. Rilo Kiley lead guitarist Blake Sennett and The Honorary Title lead singer Jarrod Gorbel put their talents together two years ago for this project, and following an EP release in November, it’s time to break them on the Alternative survey. Just watch out for that music video… it’s a little freaky.

Not so Lonely anymore.

SAM SMITH – “Stay With Me” (April 15) (**)
Label: Capitol
He’s also over pop radio thanks to hits from Disclosure and Naughty Boy, but we’ve yet to see a solo release from Smith on the radio… until now. Thanks to a well-received Saturday Night Live performance, “Stay” is riding a digital boost, along with the forthcoming album In The Lonely Hour. Like it or not, Smith is coming, and he won’t back down.

More than a feeling…

THE PREATURES – “Is This How You Feel?” (April 22) (*)
Label: Harvest
I first saw these guys at CMJ back in October and they had an awesome performance. After a few more gigs at SXSW, the quintet is ready to go to radio via Harvest Records, a name relaunched a year ago by Capitol. Harvest has yet to place a single at the format, but that certainly doesn’t mean it can’t happen with this. Watch out for more from them.

Branching out for another week.

Lighting up the chart again.

A little shut-eye can’t shut them out of #1.

Catching ZZZ’s and the #1 spot.

TURN IT UP TUESDAY: What’s New In Stores This Week (February 18) 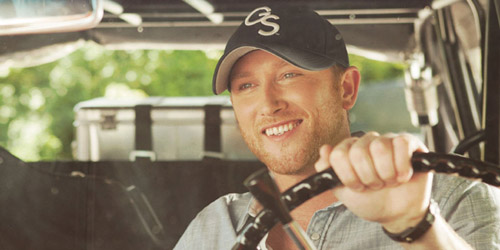 Nothin’ but the Cole story.

The schedule’s a bit on the light side this week, but perhaps you can catch up on some old favorites, as well as all the new stuff in stores today, February 18:

Next week, be on the lookout for top releases from Beck, Dierks Bentley, The Fray and more. See you in seven!