Welcome to Radio Active, a Sunday evening report from POP! Goes The Charts that gets to the chart of the matter: all the highlights from the CHR/Top 40 chart, as published by Mediabase 24/7 and Mediabase Research. Even as Governors Ball concludes, the CHR airwaves always need a musical mayor to rank at the top. Who will it be this week? Get all the stats you need below:

CAUGHT IN “THE MIDDLE”: After four weeks in the runner-up slot, “The Middle”, by Zedd, Maren Morris and Grey, gets a second run at the top, making this frame its sixth non-consecutive week at #1 on the pop format. This is not the longest wait for a #1 song to return to the summit; 20 years ago, Savage Garden‘s hit “Truly Madly Deeply” sat at #2 for nine weeks between its second and third weeks at the top, the longest stretch in the Radio & Records/Mediabase timeline. The big collaboration was also very close to a fifth non-consecutive week at #1 on the Hot AC chart, but missed returning by about 20 spins. This extra time at the top doesn’t look it’ll last much longer, however, as a certain musical maniac (at least, by song title) looks poised to take over in the coming days. You might almost say it’s a $ign of the times…

A “BETTER” WEEK AHEAD: Though it’s a relatively slow chart week toward the top of the survey, four new tunes come into the top 50 this week. Leading the way, the Australian act 5 Seconds Of Summer hops aboard at #44 with the song that remains at #1 down under, “Youngblood”. This is the title track from their upcoming studio album, which is now out on June 15. Israeli newcomer Dennis Lloyd settles at #46 with “Nevermind”. Lloyd’s first U.S. chart entry has been performing extremely well on Spotify, where it surged as a result of notable pop and dance playlisting globally. The single is charting or has charted in much of Europe, achieving top ten peaks in countries like Germany, Norway and Sweden. From there, bouncing in at #49, is a single that remains the top seller on iTunes here in the U.S.: Maroon 5‘s “Girls Like You” and its updated version featuring Cardi B. Next Sunday, “Girls” will likely become the group’s 26th top 40 entry on the pop list, which comes just short of the 15th anniversary of “Harder To Breathe” making the top 40 at the format. Lastly, at #50, Post Malone‘s “Better Now” debuts prior to its impact date on Tuesday. If you didn’t catch the hint before, Malone’s “Psycho”, featuring Ty Dolla $ign, should climb to #1 (currently at #3) on next week’s update.

Welcome to Add Lib, your Tuesday report on POP! Goes The Charts that’s mad about CHR/Top 40 adds, based on the station data provided by Mediabase 24/7 and Add Board. This week: how slow can you go? Following the Memorial Day break, quite slow. That doesn’t mean there aren’t a few winners in the bunch, however. Let’s add ’em up:

READY, SET, “GO”: As the format crawls ahead following the holiday weekend, numbers are, expectedly, smaller for this week’s update. That being said, “Don’t Go Breaking My Heart” by the Backstreet Boys leads the list for the second time with a nice total of 37 new stations, down from 51 last week, when it was tied with two other tracks for the Most Added title. That sum puts it nearly 20 stations ahead of two songs tied for second place, one of which (BTS‘s “Fake Love”) doesn’t impact until the middle of June.

The only impacting song of note this week is a release that just moved into the top 40 at the format: “I Like It”, a collaboration that includes Cardi B, Bad Bunny and J Balvin, which lands an additional 15 stations and a (tied) fifth place finish. This is the latest hit from the female performer’s recent #1 effort, Invasion Of Privacy, which continues to perform well in the U.S., especially in the streaming world. Look for her collaboration with Maroon 5, a remix of the act’s “Girls Like You”, to appear toward the top of next week’s report. 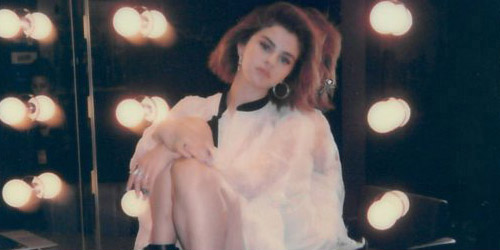 Welcome to Add Lib, your Tuesday report on POP! Goes The Charts that’s mad about CHR/Top 40 adds, based on the station data provided by Mediabase 24/7 and Add Board. This week: it’s a miracle that we’ve haven’t lost our minds, as at least eight fresh titles (and probably more) impact at the format, giving the Top 40 panel some mighty tough decisions for a musical Memorial Day. Let’s take a breather (phew) and get back to adding ’em up:

“BACK” TO BACKSTREET: With all the excitement on this week’s report, the top three singles at the format this Tuesday came down to last week’s Most Added song, “Back To You” by Selena Gomez, and two releases from acts who found their biggest chart success in the late 90’s and early 00’s: “Dinero” by singer and actress Jennifer Lopez, which also features labelmate DJ Khaled and Cardi B, and “Don’t Go Breaking My Heart” from top boy band Backstreet Boys. Yes, it was a nail-biter for most of the day, but when the dust settled, all three songs finished with 51 stations each, a rare three-way tie for the Most Added spot.

Given all the prominent songs impacting on the Top 40 airwaves this week, it would be quite the challenge to cover everything that scored any sort of action today. That being said, the latest single from Australian quartet 5 Seconds Of Summer (“Youngblood”) and the first song at the format for Israel’s Dennis Lloyd (“Nevermind”) each secured enough stations to rank well in the top ten, the former with 21 in fifth place and the latter with 24 in fourth place. (There’s much more music below, so check it out!) Enjoy the long holiday weekend ahead!

It’s time once again to analyze the airwaves and find out if your favorite new releases will be lighting up your local station’s playlist this week. Which tunes will climb to the top and which ones will hit a stop? Here are eight (!) fresh releases impacting this week at the Top 40 format before the holiday weekend:

5 SECONDS OF SUMMER – “Youngblood” (Capitol)
Album: Youngblood (2018)
Past T40 History: The Aussie group is coming off “Want You Back”, which stalled halfway up the top 40. How will this track fare?

DENNIS LLOYD – “Nevermind” (Warner Bros.)
Album: TBA (2018)
Past T40 History: This is the Israeli newcomer’s first song to impact at this format. It was a part of a Spotify campaign worldwide.

DIPLO, FRENCH MONTANA & LIL PUMP featuring ZHAVIA – “Welcome To The Party” (Columbia)
Album: Deadpool 2 (Soundtrack) (2018)
Past T40 History: This is the first time all four acts have worked together. Newcomer Zhavia was a contestant on FOX’s The Four.

MIGOS featuring DRAKE – “Walk It Talk It” (Quality Control/Motown/Capitol)
Album: Culture II (2018)
Past T40 History: The darlings of the Rhythmic and Urban formats are coming off “Stir Fry”, which reached #35 here last month.

Next week: There are no impacting titles due to the long weekend following Memorial Day. Summer is here!