The State Of Pop: Hits Of The Geographical Survey 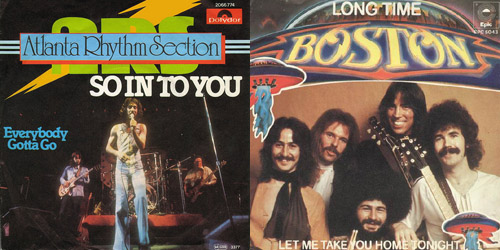 California duo Capital Cities are all over the radio with their multi-format smash “Safe And Sound”. It’s worth noting that the act’s name is pretty unusual, but I guess that could be said of a lot of groups nowadays. Fact is, Ryan Merchant and Sebu Simonian are based out of Los Angeles, which is the biggest city in California, but isn’t the capital of it. That would be the much smaller Sacramento. That got me thinking about all of the capital cities in the United States and how well they’ve been represented by both top 40 artists and singles on the national music charts. As you might expect, it’s not that fairly distributed but it’s still an interesting look. Luckily, you don’t need a map for this one; I’ll be happy to map it out for you.

Of the 55 years that the Hot 100 has officially been around, I could only find ten state capital names that were featured in either or both categories, though not all of them actually reference the city or town in question. Some check out, like the catalog of John Denver, with Denver being the capital of Colorado (his birthplace), “Honolulu Lulu” by Jan & Dean (#11, 1963) representing Hawaii, and “By The Time I Get To Phoenix” by Glen Campbell (#26, 1967) or Isaac Hayes (#37, 1969), the state capital of Arizona. Others, like the forgotten “Sink The Bismarck” by Johnny Harton (#3, 1960) is about the German ship rather than the capital of North Dakota. There are also the examples of capital names that are pretty common enough to be a first name or surname. When you hear the name Jackson, you may think of the last name for Janet, Joe, Michael, Wanda, etc. but they have nothing to do with the capital of Mississippi. The same is true of Austin, TX and Montgomery, AL; multiple chart examples, but they are names of people rather than the place. So, with all that said, we’re down to three, and all are major cities that have at least one band and one single named after them, so you get the best of both worlds. Let’s explore them:

ATLANTA
Founded in Doraville, GA in 1971, the Atlanta Rhythm Section took their Southern rock sound onto the charts in 1974 with their debut single, “Doraville” (#35). Seven of their songs made the top 40 on the Hot 100, including two #7 singles: “So Into You” (1977) and “Imaginary Lover” (1978). They last charted in 1981 with a release that’s gone obscure, but are still active on the live circuit. They haven’t recorded new material since the late 90’s.

The only song about Georgia’s capital to make the top 40 did it in the fall of 1981. After his departure from Jefferson Starship, Marty Balin‘s “Hearts” became a top ten single, followed by the #27 entry “Atlanta Lady (Something About Your Love)”. After one more minor single in 1983, his chart days were over.

BOSTON
Aerosmith and New Kids On The Block may have the bigger selection of hits, but how can you not love a band from Boston called Boston? The group led by the late Brad Delp burst onto the charts in 1976 with singles like “More Than A Feeling” (#5) and “Don’t Look Back” (#4) two years later. After much delay, their Third Stage album in 1986 provided them with the #1 hit “Amanda”. They still perform today with a different set of members.

Two songs name-checking Beantown also made the top 40. In 1974, “Please Come To Boston” became the first and only big single for Tenneessee born Dave Loggins. It went to #5. A followup release only managed a peak in the 50’s. Then, in 2007, Augustana slowly rose up to a peak of #34 with their first charting hit, “Boston”. They also charted only once more with a minor peaking single and have gone through a few lineup changes since then, though they appear to have a new record deal and album in the pipeline.

NASHVILLE
The only group with the Tennessee’s capital in their name didn’t grow up in the United States at all. The Nashville Teens were based out of Surrey in the southern part of England. Their claim to fame was the 1964 hit “Tobacco Road”, which went as high as #14. “Find My Way Back Home” barely scratched the Hot 100 the following year, but they continued to record material into the early 70’s before splitting.

Also in the 60’s, “Nashville Cats” became a #8 single for quintet The Lovin’ Spoonful in 1967. Though it was far from their biggest release on the charts, the #1 “Summer In The City”, it was their sixth and last time charting in the top ten. They would be off the Hot 100 altogether by 1969, when the group parted ways.

For more chart chronicles that put the top in topography, follow the blog below or find me on Twitter: @AdamFSoybel.

Boston, You’re My Home: Beantown’s Best After A Marathon Monday Like No Other 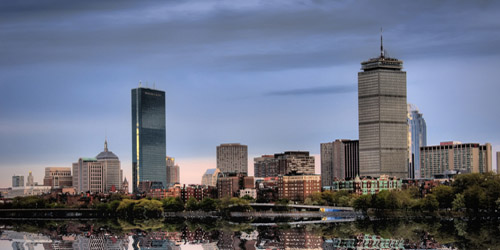 It’s hard to understand how and why something as horrible as the Boston Marathon tragedy could happen yesterday, leaving two adults and one child dead along with dozens of other injured runners and spectators. However, the love and support that the city has received all across the nation and abroad is really comforting in these sad times. Living about an hour away from Boston, it’s hard to not be affected, especially since it hits so close to home. However, we always recover, and this time will be no different. Things won’t go back to normal immediately, but they will, and we’ll all be stronger because of it. Sometimes music helps to heal us when situations are bad, and so, I thought I’d compile a bit of a post about Boston and the Billboard charts, from successful acts to songs that we take pride in being Bostonians. Maybe you’ll find yourself listening to a few of these as these next few days continue on.

Songs with “Boston” in the title

“Boston”, Augustana (2006)
From San Diego, the song was originally recorded for a small 2003 independent release before making it onto their major label debut, 2005’s All The Stars And Boulevards. It wasn’t until the fall of 2006 that things really took off for the band; with placement on an episode of One Tree Hill, the buzz kept building, and the song eventually gained a ton of airplay. Though it only went to #34 on the Hot 100, it certainly felt bigger around here. It spent six weeks at #1 on my chart. They’ve had some live dates here and there since the beginning of the year.

“Please Come To Boston”, Dave Loggins (1974)
This musician from Tennessee released this tune as the first single from his first album with Epic Records, Apprentice (In A Musical Workshop). It’s best remembered by the opening line, “Please come to Boston for the springtime.” “Please” climbed to #5 on the Hot 100 in 1974 and the #1 spot on the Adult Contemporary survey, becoming the only top-40 hit for Loggins. After his big song, he became a successful songwriter in the world of Country, scoring a #1 duet with Anne Murray in 1984. He hasn’t reached any chart since 1985.

It’s also worth noting that another favorite from the area peaked in the #1 Bubbling Under position back in 2007, the equivalent to #101. That was “I’m Shipping Up To Boston” by the Celtic rockers from Quincy, MA, The Dropkick Murphys.

Songs with lyrics associated with Boston

Of course, you don’t have to have the city’s name in your song title to have a charting hit about it. In 1966, the California band named The Standells went to #11 on the Hot 100 with “Dirty Water”. Of course, we all know the famous lyric in that chorus: “Well, I love that dirty water/Boston, you’re my home.” There’s also a lyric towards the beginning of the song about being around the Charles River. It’s been recorded several other times since it was a hit, though the location of it has changed depending on what act’s version you’re listening to.

In 1983, the theme song from Cheers made the Hot 100; that show, of course, was set at the bar of the same name located in the city. The single release title was “Where Everybody Knows Your Name” and it was sung by Gary Portnoy. It likely suffered because nothing on the label of it mentioned the show, and thus, it peaked at a lowly #83. The series ran from 1982 to 1993.

Lastly, Karmin‘s “Hello”, which only got to #62 on the Hot 100 last year, features this rapped lyric: “Touch down in the middle of the city/Mass. Ave Street, jam up to Newbury.” Both of these streets run through Boston.

Acts with Boston in their name

In the history of the Hot 100, only two acts have hits the charts with Boston in their name. The biggest, as you probably know, was simply Boston. The band took a total of ten songs into the Hot 100 beginning with the #5 song “More Than A Feeling” in 1976. Their biggest was “Amanda”, spending two weeks at #1 in 1986. They last charted in 1994. Lead vocalist Brad Delp took his life in 2007.

The only other act on the list is a bit of a surprise, but a well-known group both locally and on a national level. They are the Boston Pops Orchestra. Now, you’re probably wondering how in the heck they made it onto the Hot 100, and the very simple answer is: Beatlemania. The Pops peaked out at #54 in 1964 with a version of “I Want To Hold Your Hand”. The original by The Beatles went to #1 for seven weeks beginning in February; this instrumental held its best position in July.

Of course, these two acts join the dozens of other acts to chart from the Boston area, including Aerosmith, New Kids On The Block and more.

See any songs or are acts I missed on the list? Comment below! For more on the charts, song premieres and other music-related items, keep it here on the blog, or find me on Twitter: @AdamFSoybel, and don’t forget to keep the victims in your thoughts. As President Obama stated yesterday, “Boston is a tough and resilient town. So are its people. I’m supremely confident that Bostonians will pull together, take care of each other, and move forward as one proud city.” Amen to that.