Something To “Believe” In: Three Times A Bieber 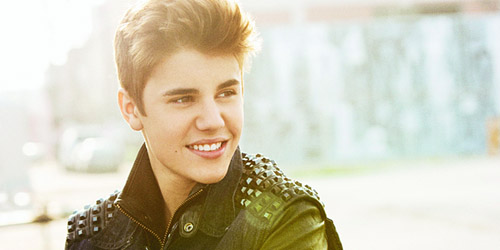 A few of you have been searching the blog lately in an attempt to find some confirmation of what Justin Bieber‘s next single release. Problem is, depending on what country or radio format you’re looking at, there are three different choices from two different albums, which just makes things more complicated. Crazy! So, Beliebers, you’re Justin time for some important news from the blogosphere as The Biebs is hosting Saturday Night Live. Here’s a rundown of what’s to come for the singer and his radio releases for the spring season, and believe it will be another successful one for him.

“ALL AROUND THE WORLD” (featuring Ludacris)
This will be Bieber’s fourth single from Believe at CHR radio and internationally, at least in the United Kingdom at this point. In the U.K., it gets a single release on March 25. As for our friends at pop radio, it doesn’t have an adds date quite yet, mainly because his previous single, “Beauty And A Beat” (featuring Nicki Minaj), is still in the top ten. I’m sure we’ll see a listing for it pretty soon. It has a simple message in that “all around the world, people want to be loved/they’re no different than us,” which is a relatable and positive message for all audiences. It’s his most dance-driven single yet and features a guest appearance by his grandfather Ludacris, who also appeared on his 2010 single, “Baby”. It likely won’t approach the commercial status of that release, though it did manage a #22 peak on the Hot 100 based on downloads alone when the album was first released. It should be a hit at the format where all three singles from the album have gone top ten, his first to do so, though I wonder if the general audience is getting tired of the idea of Bieber’s label picking single releases with a featured rapper. We’ll have to see if it helps him or hurts him.

“NOTHING LIKE US”
Here’s an interesting development from our friends at blog Video Static. They noted a few weeks ago that a video is in production for this new track from Bieber’s recently released Believe Acoustic, which largely consists of stripped-down versions of his songs from the Believe album. It’s being directed by Colin Tilley, who previously shot three music videos for the young singer, including radio single “U Smile”. The piano-driven ballad is believed to be aimed at Selena Gomez, whom Bieber previously romanced and I guess may still be. Who knows? It’s a deeply personal song for him, and regardless of whether you like him or not, you can tell that a lot of time and effort was put into the song. Perhaps it’ll just be a video-only single or maybe we’ll be surprised and get a full release out of it if the album lasts in the top ten for a while. There also a movie based off of his tour coming at some point during the summer, so it may be specially for that, airing during the opening or closing credits. Stay tuned for more news on it.

“RIGHT HERE” (featuring Drake)
While “World” goes to CHR radio, this collaboration with Canadian rapper Drake is going to radio at the Rhythm and Urban formats as their fourth single from Believe, where the edgier sound of it will likely be fully embraced by both audiences. This one’s more a female-targeted record too, as Bieber appeals as the knight in shining armor who will protect his fair maiden by, well, being by her. It’s currently top 50 on the Rhythm chart with a sizable bullet, though its audience is a little low given the two names on the track, though I’m sure it’ll pick up easily. Again, there’s the potential for listener fatigue with this track also being his third release at these two formats to feature a guest rapper, but even if it gives him more street cred, then, so be it, and if it works against him, maybe we’ll see less of it on his next studio album. If this becomes a major hit at these formats, don’t be surprised if it crosses to CHR radio. I’m just not sure if it quite fits there at this point.

Well, that’s it from Bieberland Day at the blog. Let me know which one of these songs you like best in the comments below!

Tagged as All Around The World, Baby, Beauty And A Beat, Believe, Believe Acoustic, Bieber, Drake, Justin Bieber, Ludacris, Nothing Like Us, Right Here, Saturday Night Live