It’s time once again to analyze the airwaves and find out if your favorite new singles will be lighting up the national charts during the month. Which tracks will climb to the top and which ones will hit a stop? Here’s a small selection of new songs being serviced in August on the Alternative and Triple A formats in the second part of this month’s Radio Report:

MAC DEMARCO – “The Way You’d Love Her” (August 4) (**)
Label: Captured Tracks
August 7 marks the release of DeMarco’s new mini-album, Another One, though the full set of eight songs is available to stream as of now. The 25-year-old Canadian singer/songwriter managed to crack the top 30 on the Billboard 200 last year with Salad Days and the new set should keep his days on the listing alive. The Current, based out of Minneapolis, added the cut several weeks ago.

MEG MYERS – “Lemon Eyes” (August 4) (*)
Label: Atlantic
Tennessee-born Myers is on the verge of releasing a full-length album after a couple of successful EPs, and so far, the 28-year-old singer has managed two top 20 singles on the Alternative survey. Coincidentally, the two have one-word titles: “Desire” (from last year) and “Sorry” (from early this year.) I’m sure she won’t be too bitter if the single becomes another moderate hit at the format.

RAYLAND BAXTER – “Yellow Eyes” (August 4) (**)
Label: ATO
Still deep into the optometry section of the monthly radio post, we find another musician based in Nashville, though one that’s on the hunt for their breakout hit on the airwaves. Coming from a musical family, the americana and folk singer definitely has a place waiting for him on the Triple A format. Baxter’s single is already spinning on Nashville’s Lightning 100 and Philadelphia’s WXPN.

ALABAMA SHAKES – “Gimme All Your Love” (August 11) (* + **)
Label: ATO
Sharing the same label as Baxter is this quartet, who interrupt the short chart run of the album cut “Future People” (currently top 30 on the Triple A chart based off unsolicited airplay) with this official second single from the former #1 album Sound & Color. If some GRAMMY “Love” doesn’t come in for their material later this year, it will certainly be a disappointment. Watch out for this.

SISTER SPARROW & THE DIRTY BIRDS – “Sugar” (August 11) (**)
Label: Party Fowl/Thirty Tigers
Last week, this song came up in my Spotify Discovery Weekly review as one of my favorite selections on the playlist. However, the New York group is already being buzzed about for some great live performances, which is converting into adds and larger streams data at digital platforms. We’ve already had several “Sugar” titles at different radio formats this year, but this one is just as sweet.

GRACE POTTER – “Empty Heart” (August 18) (**)
Label: Hollywood
32-year-old Potter and her group The Nocturnals have been rocking out together for over a decade, but for her latest release, it’s a solo outing. Midnight is the name of the album, which is due in a few weeks. First single “Alive Tonight” stalled out fairly quickly and, thus, with no single at radio, the time has come to get something out there. It certainly has a better chance to gain some play.

TYLER LYLE – “Feel Free” (August 18) (**)
Label: All Who Wander
Independent singer Lyle, originally from Georgia, has been writing and recording music for some time now. You may remember a video for his song “Werewolf” that gained some nice coverage online in 2013. This past June, his latest album, The Native Genius Of Desert Plants, bloomed at digital retail and streaming, and it’s a solid batch of songs. This bluesy single is among the best on it. 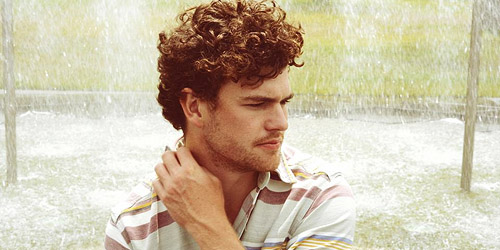 VANCE JOY – “Fire And The Flood” (August 25) (*)
Label: F-Stop/Atlantic
After the multi-format hit that was “Riptide” and the top five followup “Mess Is Mine” on Alternative radio, the Melbourne singer is now in stores with an expanded edition of his Dream Your Life Away album, originally released last September. Though “Great Summer” from the soundtrack to Paper Towns wasn’t included on it, this release was, and a music video debuted for it last week.

Which of these new songs would you like to see on top of the charts? Let me know! Comment below or click the “Get Social!” tab to find PGTC on social media.

If you follow the radio charts like I do, you’ll want to be on top of only the freshest music being serviced across the nation. So, I’m bringing back an early PGTC feature with a bit of a revamp. With this monthly series, I’ll be highlighting some great tracks at a few different radio formats I enjoy that will be fighting for airspace over the next few months. So, what are we waiting for? Let the battles begin.

AVICII featuring AUDRA MAE – “Addicted To You” (June 3) (*)
Label: PRMD/Island/Republic
Sweden’s Tim Bergling has been having a massive era on the U.S. charts with two hits in a row: “Wake Me Up!”, with a vocal from Aloe Blacc, and “Hey Brother”, featuring Dan Tyminski. Now, he’s out with his third single from True, though “Addicted” hasn’t been nearly as big on the worldwide charts. Still, it should receive some proper airtime here.

GLENN MORRISON featuring ISLOVE – “Goodbye” (June 3) (*)
Label: Robbins
I first discovered “Goodbye” last summer when it was picked up by SiriusXM’s two pop channels before it slowly rose up the radio charts in Morrison’s native Canada, where it has since been certified Platinum. Now, the record is getting a push to multiple U.S. formats. Will radio says “hello” to the 28-year-old or wave him away before the song takes off?

JANELLE MONÁE – “Heroes” (June 3) (**)
Label: Caroline/Capitol
Two years ago, Monáe scored a #1 song at the Hot AC format as a featured act on fun.‘s “We Are Young”, but hasn’t seen any significant action on these airwaves since it. 2013’s The Electric Lady gave her biggest debut thus far on the Billboard 200, and you’ll find this oft-covered David Bowie cut on Pepsi’s Beats Of The Beautiful Game soundtrack.

JESSE MCCARTNEY – “Superbad” (June 10) (*)
Label: Eight0Eight/INgrooves
Previously covered in a post I wrote three weeks ago about former boy band members going the solo route, the single finally goes to radio this month. It follows “Back Together”, which unfortunately didn’t do much last year. Though he is firmly committed to going the independent way, this kind of song would do better on a major. It’s a really hot track.

JACQUIE LEE – “Broken Ones” (June 17) (**)
Label: 300/Atlantic
You may remember Lee from Christina Aguilera‘s team during the fall 2013 season of The Voice. She placed as the runner-up behind Tessanne Chin, but Lee is already making her move with 300 Entertainment, Lyor Cohen’s label. They previously charted with Eric Bellinger at Rhythmic, and have a few dozen spins on Alternative with Panama.

AMERICAN AUTHORS – “Believer” (June 10) (*)
Label: Mercury/Republic
It barely went top 50 on the Alternative chart last year, but thanks to the enormous numbers put up by “Best Day Of My Life” over the last few months, “Believer” is getting a second chance on the airwaves. It’s already top 40 at Hot AC and should go top 50 here rather soon. You can catch them on tour with OneRepublic and The Script this summer. 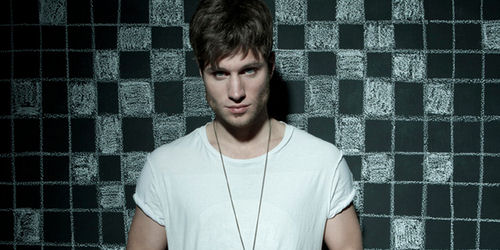 JAMIE SCOTT – “My Hurricane” (June 10) (**)
Label: Virgin/Capitol
With both a Graffiti6 album and a Scott solo album in 2014, it may just be the best year ever. No lies detected. This first single from effort, due September 9, is going to AAA radio, the same format where “Free” reached the top ten and “Stare Into The Sun” bounced up into the top 20. This storm’s a-brewing and the weather report is calling for a smash. 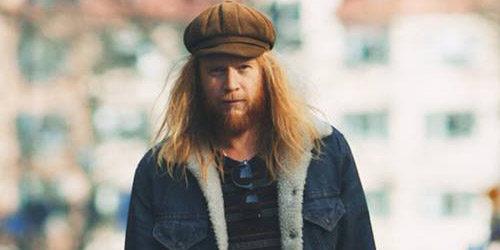 STU LARSEN – “Thirteen Sad Farewells” (June 17) (**)
Label: Nettwerk
If you’re a fan of the musician named Passenger, then you probably know who Larsen is. He and Mr. Rosenberg have been good friends for a while and often perform together. After a few self-released EPs, his debut album for Nettwerk, titled Vagabond, lands in stores on July 15. The performer is currently wrapping up a small U.S. tour in Los Angeles.

THE GRISWOLDS – “Beware The Dog” (June 17) (*)
Label: Wind-Up
I saw these guys at CMJ back in October along with the band Sheppard, and although “Heart Of A Lion” failed to take off at Alternative, the Australian four piece is trying again with this single. The blog coverage of the song is off to a fast start and it’s easily their most accessible release to date for the U.S. market. This puppy is barking away for your love.

TWIN ATLANTIC – “Heart And Soul” (June 24) (*)
Label: Red Bull
About to break the top 20 on the Singles Chart in the United Kingdom, “Heart” is already the group’s highest charting single across the pond. With Red Bull’s multi-year campaign for AWOLNATION‘s “Sail”, launching it at Alternative  in the fall of 2011 and then at CHR in the summer/fall of 2013, this could be the label’s next enduring hit. Stay tuned!