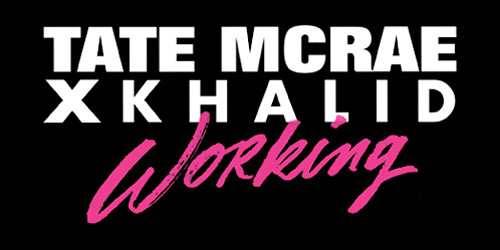 Welcome to Add Lib, your Tuesday report on POP! Goes The Charts that’s mad about CHR/Top 40 adds, based on the station data provided by Mediabase 24/7 and Add Board. This week: Tate McRae and Khalid work it and easily take the top spot this week. Let’s add ’em up:

“WORKING” ON IT: The new collaboration from Tate McRae and Khalid is called “Working”, and it’s really working, scoring 124 adds in its first week at the Top 40 format. It debuted at #43 on Sunday’s chart update, so expect this one to soar by this coming weekend’s list.

Two other impacting singles reached the top five: in second place, “Our Song” picked up 18 adds for Anne-Marie and Niall Horan. At the Hot AC format, the collaboration is rising in the top 30. Close behind, Tones And I tied for a fourth place finish with “Cloudy Day”, scoring 15 more stations. It also tied for the same position on yesterday’s report at Hot AC radio with six adds there.

Just outside the region, another recent TikTok hit came in sixth place: Nic D and “Fine Apple”, with 13 stations taking a bite on impact.

Charting singles from Anitta, Bella Poarch and Tai Verdes returned to the top ten on the adds report this week.

We’ll see you next week for another action-packed adds session.