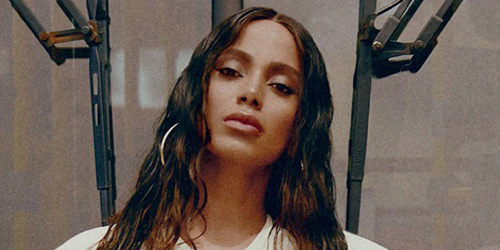 Welcome to Add Lib, your Tuesday report on POP! Goes The Charts that’s mad about CHR/Top 40 adds, based on the station data provided by Mediabase 24/7 and Add Board. This week: in a close finish, Anitta made her destination the top spot on the report. Let’s add ’em up:

RACING TO RIO: Though the numbers trended pretty slow in general this week, Latin star Anitta managed a good win on the adds report with “Girl From Rio”, which earned another 28 commitments this week. The song ranked at #29 on the Top 40 radio chart last weekend.

Just behind her were two impacting songs: with 26 adds, “A-O-K” from newcomer Tai Verdes took the runner-up spot. The single has also seen some activity at the Alternative format. Meanwhile, P!nk checked into third place with 24 adds for “All I Know So Far”. Now in the top 15 at the Hot AC format, the song can be found on the soundtrack to her Amazon documentary of the same name.

Charting singles from Bella Poarch, Mooski and Tomorrow x Together returned to the top ten on the adds report this week.

We’ll see you next week for another action-packed adds session.