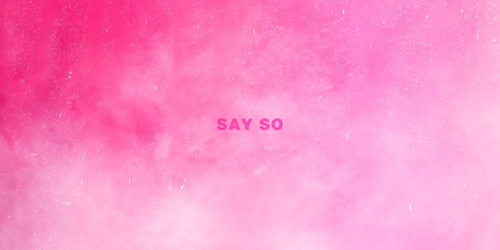 Welcome to Radio Active, a Sunday evening report from POP! Goes The Charts that gets to the chart of the matter: all the highlights from the CHR/Top 40 chart, as published by Mediabase 24/7 and Mediabase Research. Sure, it’s a holiday weekend, but the Top 40 chart is definitely not taking a holiday when it comes to fast action. Here’s what’s popping at the format this week:

CURIOSITY THRILLED THE CAT: For the third consecutive week, Doja Cat‘s “Say So” remains at #1 on the Top 40 chart. It’s likely to spend a fourth week at the summit, especially given the lack of competition currently in the top five. However, that’s not all for radio’s top feline this week, but you’ll have to wait and see what song of hers is meowing at the bottom of the list as you read on:

This is the most active week for top 40 entries in quite some time, led mostly by larger names and a couple of emerging ones. “X” by the Jonas Brothers is the highest of five tunes to make the jump, up from 45-26 to become the trio’s 12th top 40 hit at the format. Harry Styles picks up his fifth solo entry in the region with “Watermelon Sugar”, which flows from 42-28. This one follows “Adore You”, which spent a week at the top last month. The highly-anticipated collaboration from Lady Gaga and Ariana Grande is new at #38: “Rain On Me” showers the two women with their 21st and 22nd top 40 hits at the format, respectively. Grande is also at #18 with the Justin Bieber collaboration “Stuck With U”, which moves up from #22 last week. Jackson Wang leaps from 43-39 with “100 Ways”, his second top 40 entry of the year and the first since record label 88rising’s collaboration “Walking”, which got as high as #37 in January. Lastly, Alec Benjamin scores his first top 40 song with “Oh My God”, rising from 44-40.

Into the top 50, Katy Perry sprouts at #43 with “Daisies”, which is already in the top 20 on the Hot AC chart. As mentioned above, Doja Cat claws back onto the Top 40 chart with the Gucci Mane-assisted “Like That”, which climbs aboard at #45. One spot lower, the DaBaby and Roddy Ricch collaboration “Rockstar” starts strumming and rocks it out at #46. Both this single and “Like That” are well into the top 40 on the Rhythmic chart with current peaks of #13 and #23, respectively. Finally, Cyn reaches the top 50 with her first ever chart entry, “Drinks”. Landing at #49, the song is taken from the soundtrack to Promising Young Woman.