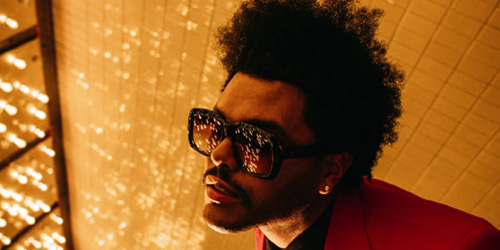 Welcome to Radio Active, a Sunday evening report from POP! Goes The Charts that gets to the chart of the matter: all the highlights from the CHR/Top 40 chart, as published by Mediabase 24/7 and Mediabase Research. Ready for some more quarantunes and how they’re doing on the radio? Here’s what’s popping at the Top 40 format this week:

ANOTHER WEEKND INSIDE: As predicted, The Weeknd‘s “Blinding Lights” holds at #1 for a third week on the Top 40 radio chart, while also remaining at #4 and #6 on the Rhythmic and Hot AC charts, respectively. This looks to be its last week on top, as a couple of top gainers from Camila Cabello and DaBaby (#2) and Doja Cat (#3) will be aiming for pop purr-fection next month.

The new single from Tyga also marks the format debut of Curtis Roach, who land at #47 with “Bored In The House”. This track is another success story for the popular video app TikTok and quarantine-related releases, with Roach’s original clip going viral on the platform before catching Tyga’s attention. K-pop star Jackson Wang is also new to the top 50 with “100 Ways”, which checks in at #50. Wang was previously included on record label 88rising’s collaborative single “Walking”, which peaked at #37 in January.

Next week’s crop of charting releases could include emerging titles from JoJo and Sam Fischer, which are just below the top 50.