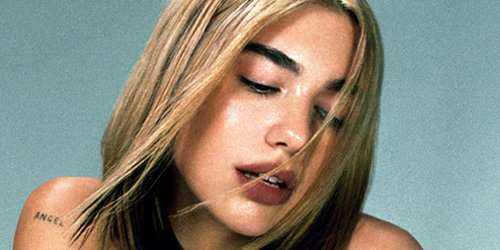 Welcome to Radio Active, a Sunday evening report from POP! Goes The Charts that gets to the chart of the matter: all the highlights from the CHR/Top 40 chart, as published by Mediabase 24/7 and Mediabase Research. This week’s report is a very special birthday edition, as PGTC’s own Adam turns 30! For some musical gifts, here’s what’s popping at the Top 40 format this week:

“DON’T” GO ANYWHERE: Dua Lipa spends a second week at #1 on the Top 40 radio chart with “Don’t Start Now”, as it scores new airplay at six different radio formats this week. The track continues to hold at #5 and #8 on the Dance and Hot AC radio charts, respectively. Lipa’s Future Nostalgia album is due April 3. Another track from the album, “Physical”, continues to move through the lower rungs of the top 100 from early airplay in major markets.

This week’s chart is all about two highly-anticipated songs that start in the top 30 in their first week on the survey. The higher of the two is “The Other Side”, a collaboration from SZA and Justin Timberlake, which bows at #27. Taken from the Trolls World Tour soundtrack, it’s the fifth top 40 song at the format for SZA and the 32nd appearance as a solo artist for Timberlake. Just below them at #29, Lady Gaga returns with “Stupid Love”, becoming her 20th top 40 song to date. The video for it has been seen more than 18 million times on YouTube since debuting on Friday. Both singles will be competing for the Most Added title on Tuesday; stay tuned.

Beyond the action for those two surging releases, Lauv‘s “Modern Loneliness” and Conan Gray‘s “Maniac” also enter the top 50 at #48 and #49, respectively. The former’s new chart entry was the Most Added single at the format on Tuesday. The latter’s new entry is his first to reach the top 50. Both performers are releasing new albums during the month of March.