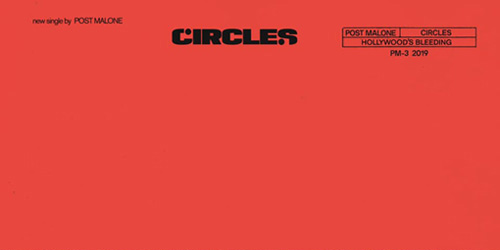 Welcome to Radio Active, a Sunday evening report from POP! Goes The Charts that gets to the chart of the matter: all the highlights from the CHR/Top 40 chart, as published by Mediabase 24/7 and Mediabase Research. The long weekend isn’t stopping some great action on the pop airwaves, including plenty of debuts and a return at #1. Here’s what’s popping at the Top 40 format this week:

NEW WEEK, OLD POST: Post Malone‘s giant hit “Circles” isn’t budging from its spot in the top three on the pop survey, where the song has planted itself since early November. Rebounding from 2-1, this is its seventh nonconsecutive week at the top. The track also holds at #2 on this week’s Hot AC chart, as it continues to try and capture the top spot there.

With their 13th top 40 hit at the format, Sam Smith debuts at #37 with the title cut from his album To Die For. The tune lands just below the top 40 at the Hot AC format, but should easily reach the region by next weekend’s update. Niall Horan also enters in the top 40 with his seventh solo hit outside of One Direction, “No Judgement”. It starts at #39. “No” is the follow-up to “Nice To Meet Ya”, a title which returns to the top 40 thanks to the Meghan Trainor and Nicki Minaj collaboration of the same name. It climbs from 44-40, marking Trainor’s 14th top 40 single to date and Minaj’s 39th on the pop airwaves.

This week’s top 50 debut action is led by DaBaby‘s recent Rhythmic and Urban radio smash “Bop”, which checks in at #46. Minaj’s collaboration with chart newcomer Karol G, “Tusa”, starts at #47. The bilingual song, which has charted well across Latin America, is likely to do well in the States with an updated version that’s predominantly sung in English. Another pair of collaborations land in the #48 and #49 positions, as Future and Drake‘s “Life Is Good” and Russ and Bia‘s “Best On Earth” enter the region. Lastly, the fifth new track in the top 50 comes from Madison Beer, who narrowly sneaks in at #50 with “Good In Goodbye”. “Life” and “Best” haven’t officially gone for adds at the format, but the other three debuts impacted on Tuesday.