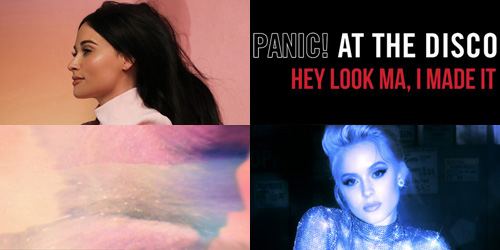 As 2019 and the decade draw to a close, it’s time for the annual Top 100 of the year! According to my tabulations, these titles ranked as the most successful on my personal chart. The year was full of love, found and lost, from “Higher Love” and “Lover” to “Somebody You Loved” and more. Time was the essence, whether it was “All The Time” or “The Last Time”, and the light guided the way towards the upper half of the list, including “Light On” and “Lights Up”.

So, come along with “ME!” as I count down the hits, won’t you? Let’s get some numbers rolling…

The 2019 chart year encompasses a period of 52 weekly surveys from the chart dated December 2, 2018 to the chart dated November 24, 2018. Peaks listed reflect the highest position reached by the final list of this period. For any ties in points, a song with the higher peak is listed first, and further ties are broken by the weeks at a song’s peak position and the amount of time charted in the top 40. 167 titles had at least one point qualify towards the year-end chart, a decrease from the 171 that did so in 2018.

8. KEANE, “The Way I Feel”
Album: Cause And Effect
Label: Island/Republic
Peak: #1 for two weeks

1. PANIC AT THE DISCO, “Hey Look Ma, I Made It”
Album: Pray For The Wicked
Label: Fueled By Ramen/EMG
Peak: #1 for one week

That’s it for the countdown! Scroll down for more information from this year’s top 100 list. Thanks for visiting PGTC!