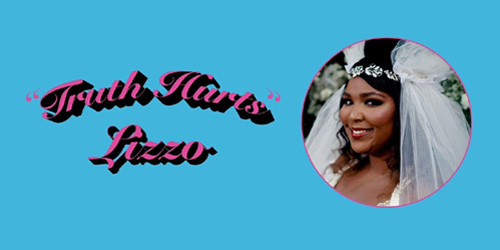 Welcome to Radio Active, a Sunday evening report from POP! Goes The Charts that gets to the chart of the matter: all the highlights from the CHR/Top 40 chart, as published by Mediabase 24/7 and Mediabase Research. This week, the biz is all about the Lizz and a handful of huge debuts in the top 40 by format superstars. Let’s see what’s popping at the Top 40 format this Sunday:

“HURTS” SO GOOD: Lizzo‘s “Truth Hurts”, the current #1 song on the Hot 100, moves from 2-1 on this week’s Top 40 chart. It’s her first chart-topper at the format and recently led the Rhythmic radio chart as well. At only 32 spins shy of 20,000, the single now holds a new record for the most spins by a single song in one week at this format. Furthermore, it has nearly 31,200 spins across the spectrum of monitored radio formats this week, as it now ranks in the top 40 at six of them. The massive hit will easily earn another week at #1 here, and probably more, with Lizzo’s nearest competition still about 5,000 spins away.

After a larger week on last Tuesday’s adds report, Halsey‘s “Graveyard” climbs from 48-22 on the survey, which marks her 12th top 40 single to date. You can find it on her upcoming album Manic, which is due January 17. The soundtrack cut “Don’t Call Me Angel” (from Charlie’s Angels) lands all the way up at #32, giving Ariana Grande, Miley Cyrus and Lana Del Rey their 20th, 12th and second top 40 hits on the pop chart to date, respectively. Maroon 5 reemerges with their 27th top 40 release, “Memories”, which is in at #38. Its entry is more impressive on the Hot AC radio chart, where it debuts at #23. AJ Mitchell and Ava Max also reach the top 40 with “Slow Dance”, up from 42-40 this week. It’s Mitchell’s third top 40 entry here and Max’s second.

The only other new title in the top 50 this week comes from 5 Seconds Of Summer, who enter at #49 with “Teeth”. It should give the group their tenth top 40 hit in the coming weeks. Expect a little more action in this section of the chart next week.