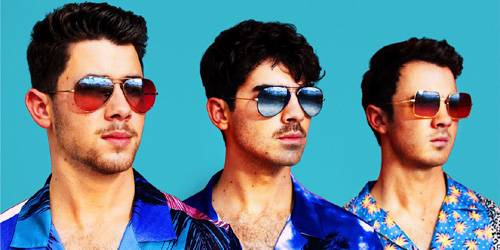 Welcome to Add Lib, your Tuesday report on POP! Goes The Charts that’s mad about CHR/Top 40 adds, based on the station data provided by Mediabase 24/7 and Add Board. This week: the Jonas Brothers give us the news that it’s cool to add their new song, and the pop panel just so happened to listen. It’s chilling and it’s thrilling, so let’s add ’em up:

“COOL” HEATS UP: No surprise to see the Jonas Brothers back at the top of this week’s adds report with “Cool”, their follow-up to the massive Hot AC and Top 40 smash “Sucker”. Their latest track earns a sizable 114 stations in its first week and could become the trio’s second top ten song in a row by the summer. There’s no word on if an album is on the way, but given the reaction to these two singles thus far, it’s sure to be one of the biggest pop sets of the year if it surfaces.

Jennifer Lopez also sees some nice results for the French Montana-assisted “Medicine”, which scores a third place finish with 25 stations on impact. The collaboration was also the Most Added track at the Rhythmic format, earning an additional 24 adds. It’s the singer’s first title to impact on the HITCO label, who charted at the format last year with Big Boi‘s “All Night”, going as high as #27 that July.

Next week, impacting releases by Betty Who (“I Remember”) and Lewis Capaldi (“Someone You Loved”) should see some good action here, but a potentially reactive collaboration from BTS and Halsey (“Boy With Luv”) could steal the show.