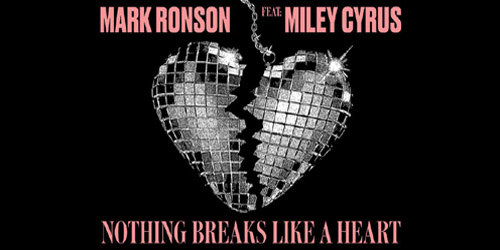 Welcome to Add Lib, your Tuesday report on POP! Goes The Charts that’s mad about CHR/Top 40 adds, based on the station data provided by Mediabase 24/7 and Add Board. This week: will the year end on a broken heart? Well, only in song title, that is. Before the holiday freeze hits, time to do our thing and add ’em up:

HEART OF THE HOLIDAYS: Not much is changing around these parts this week, as “Nothing Breaks Like A Heart” stays at #1 on the adds report at the format for Mark Ronson and Miley Cyrus, picking up another 49 new stations. Much of the rest of the top ten is filled with familiar names, including Ava Max, Zara Larsson and more. The former’s first chart release, which finishes in second place, has 21 new stations for the week. All three records are now in the top 40 and moving up.

Keep an eye on Lauren Daigle‘s song “You Say”, a chart-topper on the Christian AC list that’s well into the top 20 on the national Hot AC survey. It impacts at the Top 40 format on January 15 and ties for tenth place this week with 11 new stations.

The first impact date of 2019 is scheduled for January 8: so far, Sabrina Carpenter‘s single “Sue Me” will be officially headed for adds at the format that Tuesday following some early action in the past few weeks. Until then, happy holidays from PGTC!