It’s time once again to analyze the airwaves and find out if your favorite new releases will be lighting up your local station’s playlist during the month. Which tunes will climb to the top and which ones will hit a stop? Here’s a selection of new singles being serviced in March in this month’s Radio Report: 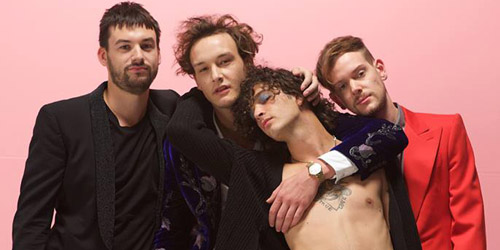 THE 1975 – “The Sound” (March 1) (Alternative)
Label: Dirty Hit/Interscope
Their album is titled I like it when you sleep, for you are so beautiful yet so unaware of it. Try to say that five times fast. The new set is looking like it’ll debut at #1 on the Billboard 200, which is great to hear. Previous single “Love Me” cracked the top 20 on the format, their biggest U.S. hit so far, but they still deserve more. With a notable debut week ahead, their “Sound” is loud and clear.

TRYON – “Somebody To Love Me” (March 1) (CHR/Pop)
Label: Noiseblock/Alert/Lakeside
Already making its way up my chart (#32 on the latest update) is the first radio single from this Nashville duo. Brothers Justin and Stephen Kirk are already getting some airplay at Hits 1 and Radio Disney ahead of the song’s impact date, and look to pick up a few more believers as their radio tour continues. “Somebody” was written by the two Kirks and Canadian songwriter Karen Kosowski.

JORDAN SMITH – “Stand In The Light” (March 7) (Hot AC)
Label: Republic
Smith is the latest winner of The Voice, which doesn’t exactly have a great track record at this format. Only one winner has ever hit the top 50 (Javier Colon), and one additional finalist (Vicci Martinez) had a top 20 single that’s largely forgotten about today. So, I don’t think we should be getting our hopes up about this one. That being said, it’s a pretty number that should get a few adds here. 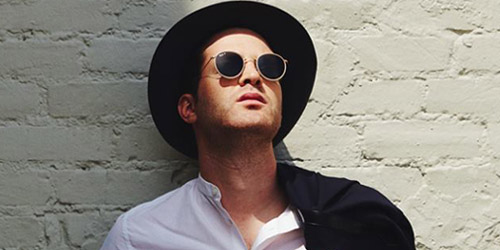 MAYER HAWTHORNE – “Love Like That” (March 7) (Triple A)
Label: Vagrant
The diverse musical palette that is Hawthorne’s discography has shined for years now. It was Where Does This Door Go in 2013, a super album that was definitely overlooked, that gave him a breakthrough era on my chart. Now, his Man About Town album, out on April 8, is ready to capture my attention. I’m looking forward to it. “Love” was the highest debut on my chart this past weekend.

AVICII (featuring ZAC BROWN) – “Broken Arrows” (March 8) (CHR/Pop)
Label: Island/Republic
It’s an unusual musical pairing, to say the least, but the two men actually work well together. Unfortunately, “Broken” is headed to radio at a time when the Swedish producer’s star has faded a bit. His last top ten hit at the format was nearly two years ago, and an ongoing chain of pulled singles and flat-out flops is not a good look for the artist nor his label. Can this single save the era? Maybe.

THAT POPPY – “Lowlife” (March 8) (CHR/Pop)
Label: Island/Republic
This new act grew up in Nashville and began her musical career several years ago under a slightly different name, but after signing her record deal, That changed. Still, her poppy music sounds great, and it’s attracted pop stations in Chattanooga and Nashville to add her song before it officially impacts in a week. (It’s been pushed back several times now.) Her recent EP release is Bubblebath.

BARNS COURTNEY – “Fire” (March 14) (Triple A)
Label: Capitol
This London-based newcomer had an exciting 2015, and it could be an even bigger 2016. His first single in the U.S. was featured in the film Burnt last year. “Fire” is now over 250,000 streams on Spotify. It also debuted last weekend on my own survey. Courtney was just on tour in England and Scotland in February and is scheduled to play some music festivals during the spring and summer.

BIRDY – “Keeping Your Head Up” (March 14) (Hot AC)
Label: Atlantic
This English performer has chalked up plenty of followers and praise in her native U.K., but in the U.S., we’ve yet to fully embrace the 19-year-old. Two radio pushes for her cover of “Skinny Love” came up with skinny results, though it did earn a Platinum single certification last summer. “Keeping” is one of 14 tunes included on her upcoming Beautiful Lies album, which is due out March 25. 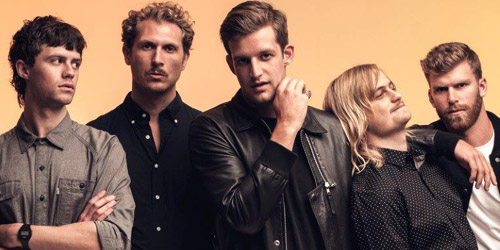 THE RUBENS – “Hoops” (March 14 / 15) (Triple A / Alternative)
Label: Warner Bros.
Many Australian groups have tried to break the U.S. in the past few years, and the latest band carries a lot of buzz with them. They recently topped the annual Hottest 100 countdown on radio station Triple J, and their album, also titled Hoops, reached a peak of #2 on the ARIA chart, one notch higher than their previous effort. The U.S. may not know them now, but watch out for this single.

MELANIE MARTINEZ – “Pity Party” (March 22) (CHR/Pop)
Label: Atlantic
Martinez’s debut album Cry Baby was released last August to a top ten debut on the Billboard 200, but there’s been a notable lack of radio support since then. “Dollhouse” (the title cut from a prior EP) hit #49 on the Hot AC chart a year ago, and the original run for “Pity” at pop radio, scheduled for September of last year, was cancelled. We’ll see if the party gets going in the next few weeks. 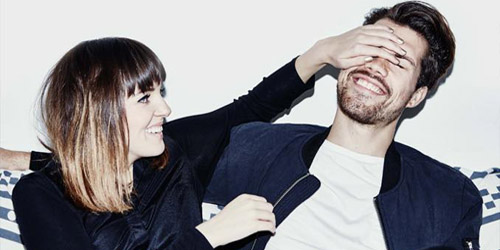 OH WONDER – “Lose It” (March 22 / 28) (Alternative / Triple A)
Label: Republic
Those Hype Machine wonders are finally heading to radio with one of the cuts that topped the music blog aggregator’s main list. It was the sixth single to be released in their monthly song project, and has over nine million streams on Spotify. Though a self-titled debut album based on their project was fairly unsuccessful last year, perhaps this push will drive some new sales in their direction. 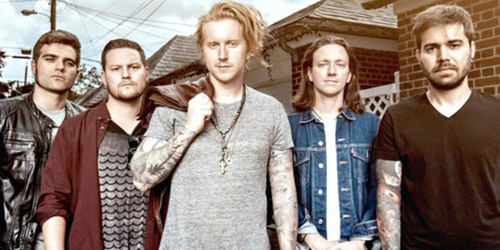 WE THE KINGS – “The Story Of Tonight” (March 22) (CHR/Pop)
Label: S-Curve/Hollywood
This group from Florida is back on the scene and looking to score their first top 40 single in just over four years. Of their five prior chart singles, “We’ll Be A Dream” was the biggest, reaching a peak of #21 in 2010. Extremely slow chart runs have always hindered the quintet’s potential at CHR radio. Their last entry, “Say You Like Me”, took 21 (!) weeks of crawling up the top 50 to get to #32.