SINGLE PREMIERE: Matt Cardle – “When You Were My Girl” (+ Lyrics) 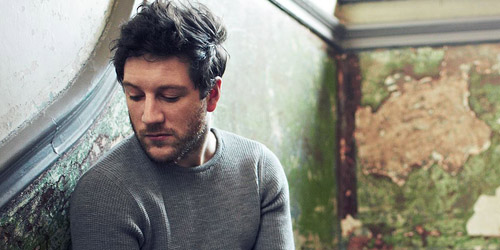 Coming off his duet with Melanie C, “Loving You”, Matt Cardle is putting the pep back in his step with “When You Were My Girl”. “Girl” is the second single from Cardle’s forthcoming album titled Porcelain. It received its first full play on Ken Bruce’s BBC Radio 2 radio show this morning and now it’s available on YouTube via a video from Cardle. Thanks!

[Verse 2]
I told you I was sorry
How could you lie so easily right to the end?
You wanna hold me
But I don’t find it that easy to pretend

Oh, ooh
When you were my

Tagged as Lyrics, matt cardle, Porcelain, When You Were My Girl 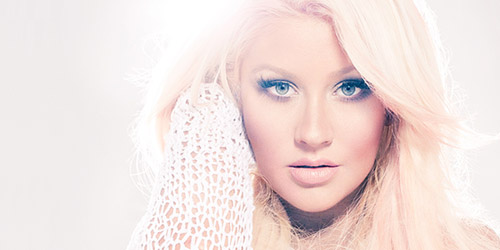 Diva Christina Aguilera is ready to light a fire on the soundtrack to The Hunger Games: Catching Fire with her latest track. “We Remain” was written/produced by singer-songwriter Mikky Ekko and Brent Kutzle and Ryan Tedder from OneRepublic. “Remain” has been serviced to radio from the soundtrack, although it’s unclear at the moment to what formats (likely AC, CHR and Hot AC) and if there is an impact date. Stay tuned!

[Bridge]
Yeah
Every single time the wind blows (x2)
I see it in your face
In a cold light, there will be no fair fight
There will be no good night, to turn and walk away

[Chorus]
So, burn me with fire, drown me with rain
I’m gonna wake up screaming your name
Yes, I’m a sinner, yes I’m a saint
Whatever happens here (x2)
We remain

[Bridge]
Yeah
Every single time the wind blows (x2)
I see it in your face
In a cold light, there will be no fair fight
There will be no good night, to turn and walk away

[Chorus]
So, burn me with fire, drown me with rain
I’m gonna wake up screaming your name
Yes, I’m a sinner, yes I’m a saint
Whatever happens here (x2)
We remain

Said, we remain
We remain

[Chorus]
Burn me with fire, drown me with rain
I’m gonna wake up screaming your name
Yes, I’m a sinner, yes I’m a saint
Whatever happens here (x2)
We remain

TURN IT UP MONDAY: What’s New In Stores This Week (September 30) 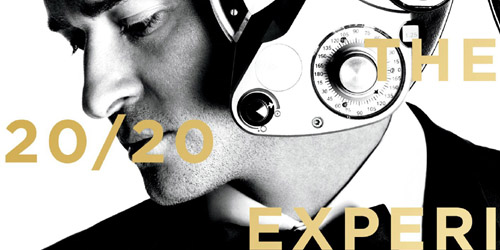 Turn it up… Monday? It’s true! Thanks to one superstar release this week, many albums and singles are out early. (NOTE: some releases may still not be out until Tuesday dependent on record label availability/iTunes response time.) Here’s what you need to know about musically for the week of September 30:

Next week, Miley Cyrus looks to twerk to the top with Bangerz, while Cassadee Pope and Panic! At The Disco also take flight with their new releases. Who will make it and where? Find out soon — a preview is coming on Tuesday, the 8th! 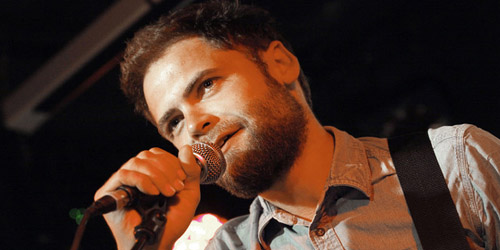 The Hole story and nothing but it.

See my full chart on the M4BCC message board. 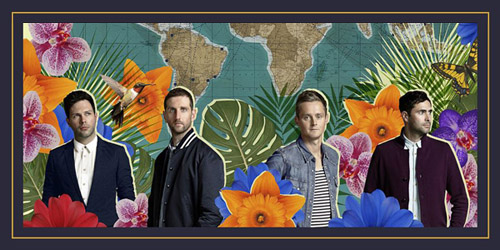 Rolling through the Strangeland of charts.

From the makers of “Somewhere Only We Know” and “Is It Any Wonder?” comes the latest by British rockers Keane. “Higher Than The Sun” is the leadoff single from The Best Of Keane, their upcoming greatest hits release, out November 11 in the United Kingdom and November 12 in the United States.

“HIGHER THAN THE SUN”

[Middle]
There’s a song to ease your fear
A song to take you far from here
One for joy, one for desire, one for despair, yeah

Tagged as Higher Than The Sun, Keane, Lyrics

Take That! Barlow and Williams “Go” Their Own Ways This Fall

If you’re a child of the 90’s and you grew up in Europe, then you know how huge Take That were and are, dominating the charts and selling out massive tours. In 2010, their Progress album in which all five original members reunited became one of the fastest-selling albums of all-time in the U.K., with sales close to, if not over, 3 million copies. While the band isn’t putting out any new material until 2014, fear not. Both lead vocalists, Gary Barlow and Robbie Williams, are each putting out solo singles and albums in November for what’s sure to be a very exciting Q4 race in the industry. Are you prepared for the mania? Check out this preview of what’s to come from the band mates on the battlefield: 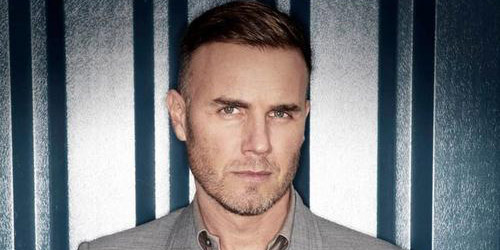 Not setting the bar low.

Given how much he’s been in the public eye in the United Kingdom in the last few years, it’s hard to believe that Barlow hasn’t put out a solo album full of original material since 1999. After a largely successful era with 1997’s Open Road, his first solo album after the breakup of Take That, it was another two years before Twelve Months, Eleven Days reached stores and unfortunately, it was one of the low points of his career as both the singles from it and album itself failed to achieve significant peaks. You can blame it on the musical tides shifting and a so-so crossover into the States for the loss of momentum in his home country. He did go on to lead a successful reunion of Take That in 2005, then gained prominence as a songwriter, and now finds himself judging another season of The X Factor in the U.K. and promoting this new single of his. It’s the leadoff release from Future, due on November 25, just in time for the holiday rush. Barlow last made it onto the charts with a #1 single, “Sing”, a song to commemorate the Diamond Jubilee which was performed with a collective group of musicians, The Commonwealth Band. Can his foray back into pop music connect with the British public as he did in the 90’s? Look for it to premiere in early October with a potential release date of November 18, the week before the album. However, there’s no been confirmation of it; it’s just my expectation given the schedule right now. 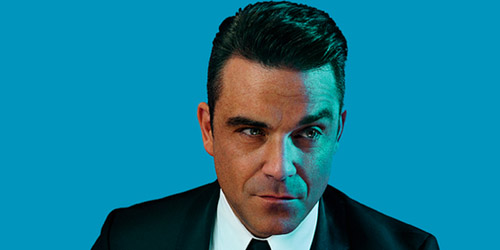 Coming off a huge summer tour and his first #1 album in six years, Take The Crown, Williams is back on top of the British music scene again and looking to maintain that presence with his latest release. However, he won’t be doing it with his usual mainstream pop material; he’ll be going to back to the swing era once again with Swings Both Ways, on Island/Universal Records. It’s out on November 18, also cashing in on Christmas sales. The album features seven original songs and six covers and features a number of duets with popular acts like Kelly Clarkson, Lily Allen, Michael Bublé and Olly Murs. It’s now been 12 years since his first fully swing album, Swing When You’re Winning, was released and certified 7x Platinum in the United Kingdom alone. A collaboration with actress Nicole Kidman, a cover of “Somethin’ Stupid” (originally recorded by Frank and Nancy Sinatra), went to #1 there for three weeks. Preview track “Shine My Shoes” from this album, not promoted as an official single, made the lower rungs of U.K. Singles Chart recently. “Gentle” was co-written by Williams along with Guy Chambers, a longtime collaborator with him on his first few albums like 1998’s I’ve Been Expecting You and 2002’s Escapology. Will the reunion of good friends and shift in sound give the superstar his eighth #1 single in the U.K.? We shall see as the track premieres tomorrow, September 27, on radio outlets there.

EDIT: It appears the release of “Gentle” has been pushed back. This was edited on September 22 stating that the single was meant to be out on the 27th, which has unfortunately not occurred. Apologies to all you fans out there, but it’ll be here pretty soon.

Do you have a favorite from the two singers above? Love Gary and Robbie just as equally? Still have their posters above your bed, the lunch boxes and bed spreads? Well then, you’re quite the fan, and you should still comment below and let me know what you think or find PGTC on social media by clicking the “Get Social!” tab. 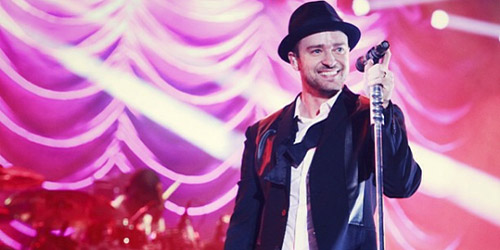 Just a six months ago, Justin Timberlake blasted onto the Billboard 200 at #1 with The 20/20 Experience, selling 968,000 copies in its first week. As if this wasn’t enough, now he delivers a second album this year, the second half of that Experience. Unlike its partner in crime, The 20/20 Experience, 2 of 2, is a more contemporary affair, filled with a much more hard-hitting urban sound rather than the breezy nature of the last album. Still, there are a few lighter numbers and pretty love songs to appease you. Here are my thoughts on the matter:

On the A side:

On the flip side:

Verdict: At this point, I’m not ready to make a call on which of these two albums is the stronger half, but I guess I’ll sum it up this way: this may be The 20/20 Experience, but the vision is still cloudy. If having 20/20 vision means you have a normal vision, then with all the blurring of music tastes wrapped in two albums, I’m totally lost. This isn’t even a half-throwback, half-modern sort of album. Both parts of the era are so equally unbalanced and unfortunately, on the whole, that leaves this Experience as less than satisfying in the end result. Don’t get me wrong, this album is still worth a listen and purchase for everything that does it right. There are some really well-constructed songs. Next time around, however, I would suggest that Timberlake works with other producers and focuses on writing more quality material than leaving it up to the arrangers and musicians to save these songs. It was a nice try, it really was, but pack that top hat and shined shoes away for a while after the tour is over. You won’t realize it now, but we’ll all be thanking you for it later.

POP! Goes The Charts
Create a free website or blog at WordPress.com.