Tired of hearing the same old Calvin Harris and David Guetta-produced songs on the radio day after day? After a while, they all seem to sound the same. Well, here are four producers who haven’t seen a lot of chart success to date in the U.S., but watch out! They’re climbing towards the top of the turntables (and station playlists) with their new releases to the CHR format. Check them out and don’t be afraid to shake a little something once you pump up the volume. 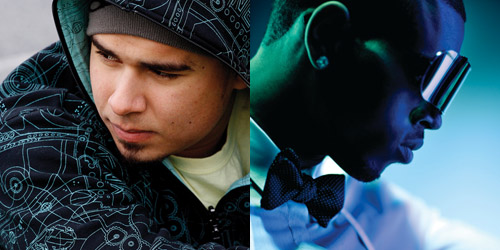 25-year-old Nick Van de Wall has been on the charts in his native Netherlands since 2006, but is slowly finding a following in the United States. You probably best know Afrojack from his 2011 single, “Take Over Control”, featuring vocalist Eva Simons, though he also had a featured credit on Pitbull‘s big smash “Give Me Everything”, which went to #1. His latest single is another big anthem featuring Chris Brown, which will likely discourage some listeners from pressing play. However, the guy’s a decent singer and I’m trying to separate the personality from the musician. (I obviously don’t condone what he’s done in his personal life in the last few years.) I’ve listened to his dance-leaning singles quite a bit like “Turn Up The Music” and “Yeah 3X”, and this one is no exception. It’s big and in-your-face, maybe a tad too harsh-sounding for mainstream radio, but it gets the job done. Brown hasn’t made the top ten on the format since 2011. Let’s see if this one gets the job done. It’s already entered the top 40 despite some fierce competition.

Sometimes it takes mere weeks to have hit, sometimes it takes years. The latter statement neatly fits in with this song from Italian DJ Benny Benassi and English singer Gary Go that was originally released in Europe two years ago, yet is just now becoming a hit record at mainstream radio. The highest position it achieved in its initial release was #20 in the United Kingdom, though it made the top 40 in a few other European countries. The song’s sold north of one million copies in the United States as well, but has never made the Hot 100 or the Dance/Club Play Chart. How come? Lackluster radio support, especially at top-40 radio, though it finally seems to be picking up now. By the way, Gary Go‘s 2009 single, “Wonderful”, was a #1 hit on my personal chart. Great tune. The song’s been issued to radio in two forms: the original mix, and a remix done by Skrillex. It’s already built up a good-sized audience given its positioning on the chart, so, don’t be surprised if this one finally becomes the hit it was determined to be for the last twenty-odd months. 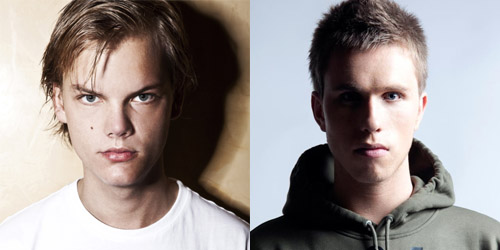 “One” more try at Pop success.

AVICII vs. NICKY ROMERO – “I Could Be The One”
Current Position: not listed; just released

Two producers, one track, and neither of them sing on it. Sweden’s Avicii meets Nicky Romero from the Netherlands on this single, which features a Swedish studio singer named Noonie Bao on it. Bao’s been credited as the main vocals on other album by Swedish acts in the past few years, though none of them have hit Stateside. Romero’s never released here either, and Avicii made a minor hit in the States out of “Levels”, the original composition that sampled Etta James‘s “Something’s Got A Hold Of Me” before Flo Rida started rapping all over it in “Good Feeling”. Of course, with that kind of feeling, it went to the top. “One” has already been a top five hit in Finland, Ireland and Sweden and is likely to be the new #1 single in the United Kingdom on this weekend’s chart reveal. Whether that will translate into perhaps a late spring or early summer hit in the U.S. has yet to be seen, but it’s already zipping up the Dance/Club Play survey with an impressive 44-22 leap on the February 16 edition. As the title suggests, it could be the one to break them all here.

Not a hot John Mayer remake.

Anton Zaslavski is only 23-years-old, but he’s made a name for himself as Zedd, releasing singles for about three years now. He’s also the main producer behind Lady Gaga‘s forthcoming ARTPOP album, due later this year. The Russian-born producer made a minor splash on the mainstream scene last year with “Spectrum”, which featuring a vocal from Matthew Koma, but it quickly faded away despite a #1 placing on the Dance/Club Play chart. (Koma is best known as the boyfriend of pop singer Carly Rae Jepsen.) This new release topped the same chart, but this time, it’s Foxes singing the song, an English dance artist who hasn’t seen any exposure here before. His star is definitely climbing fast; in fact, he co-produced the recent Justin Bieber/Nicki Minaj top ten entry, “Beauty And A Beat”. The song goes for adds on March 5, but is already starting to rise on iTunes and get a little bit of pre-impact play. Look for this one to do the damage that “Spectrum” couldn’t last year.

Are there any other EDM favorites you could see doing well on popular radio and the Billboard Hot 100? Let me know in the comments or on Twitter: @AdamFSoybel.

Tagged as Afrojack, As Your Friend, Avicii, Benny Benassi, Chris Brown, Cinema, Clarity, dance, Electronic, Foxes, Gary Go, I Could Be The One, Nicky Romero, Zedd