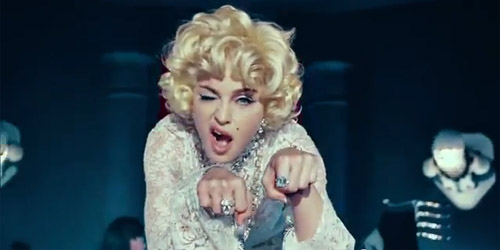 Open your chart to me.

From now until New Year’s Eve, I’ll be counting down my top 100 songs of the year as I’ve been tabulating over the past few weeks. Every week, I make a top 40 list, and each position gets a certain amount of points, plus, I add in some extra points for weeks at #1, which goes towards their yearly total. The survey period is from December 4, 2011 to November 25, 2012. 177 songs ranked in the top 40 at some point this year, an increase of eleven from last year, which means that the pace picked up a little bit. Ties are broken by (1) peak position, then (2) weeks at peak position, and then (3) number of weeks on chart should it go that far. Everything from the top of the pops is in here: boy bands, bubblegum, country, dance, rock, and all the surprise hits and major under-performers in-between. Of course, I’ll be commenting on them as well, but I’m saving the good stuff until we get towards the top-tier of the top 100. We’re 15 songs down and have 85 more hits to go. Let’s pick back up at #85…

085. Kris Allen – The Vision Of Love (174 points) (PEAK: #21)
Here’s another Idol winner that was dropped by his label this year after his sophomore release, Thank You Camellia, underperformed. It’s a shame as this one was probably his catchiest single to date. The label credit on his recent Christmas EP is independent My T Mouse Records, a play on the cartoon superhero from the 1940’s.

084. Karmin – Crash Your Party (189 points) (PEAK: #16)
First of three singles in the top 100 for this so-called swag pop duo hailing from Beantown. This was essentially a “promotional single” as it didn’t appear on their major label debut, an EP entitled Hello. The title track is the next one up of the three.

082. Dave Matthews Band – Mercy (195 points) (PEAK: #19)
Matthews and the band have always performed solidly on my chart, but this was the first DMB era without a top ten hit on my survey since 2002’s Busted Stuff. “Where Are You Going?” made my top twenty, but failed to make the top ten. It was sonically boring and after a while of just sitting there, I had to let it fall. Perhaps you can attribute this same sort of story with this year’s #82 song.

081. Madonna featuring Nicki Minaj and M.I.A. – Give Me All Your Luvin’ (196 points) (PEAK: #15)
Despite a Clear Channel “artist integration” deal which enabled radio stations to play the song every hour on the hour for the better part of three days, this was a major disappointment for the Material Girl. Yes, the demo leaked late last year and yes, it did attain a peak of #9 on the Hot 100, but it got zero longevity beyond her Super Bowl performance. (A very good performance, by the way.) This is the only song by Her Madgesty in the year-end survey.

080. Eric Hutchinson – Watching You Watch Him (201 points) (PEAK: #20)
Remember when Perez Hilton’s influence was so big that he could break an act? That’s what happened with this guy and his 2008 album, Sounds Like This, which launched “Rock & Roll” up to #14 for two weeks. His second hit on my chart was a decent one, but just didn’t muster enough chart power to rank any higher than it did.

078. fun. – Carry On (214 points) (PEAK: #2)
Though it was #2 back in November, it’s now gone on to spend three weeks at #1 on my personal chart. That makes fun. the first group to score three number-ones consecutively in a calendar year since the Backstreet Boys did it back in 2001 with “The Call”, “More Than That” and “Drowning”.

077. Conor Maynard – Vegas Girl (221 points) (PEAK: #18)
He’s another YouTube discovery who has now garnered three top ten hits in the United Kingdom, this one peaking at #4 over there. He’s not quite the British version of Justin Bieber in terms of fandom and sales, but he does make a solid Pop record. His album, Contrast, gets a U.S. release in early January.

076. Rebecca Ferguson – Nothing’s Real But Love (223 points) (PEAK: #19)
This gal from Liverpool brings some soulful sounds to the countdown, peaking at #19 for four consecutive weeks. Though she hasn’t amassed a huge following in the States, her album has had a decent run in the United Kingdom. Hey, she beat Matt Cardle, who beat her to take the X Factor crown, on my year-end survey for the year. That’s pretty impressive.

075. Bruce Springsteen – We Take Care Of Our Own (236 points) (PEAK: #17)
What can you say about The Boss that hasn’t been said? He’s a legendary rocker, but, in terms of peak position, this is actually his best ranking song to make my top 40. It saw notable sales gains when promoted as a part of President Obama’s successful reelection campaign.

074. Colbie Caillat featuring Common – Favorite Song (239 points) (PEAK: #16)
This is the first time that a third single from any of Caillat’s three eras has entered the top 40. Caillat has had nine hits make my chart to date, with a tenth waiting in the wings: “We Both Know”, featuring Gavin DeGraw, from the soundtrack to Safe Haven.

073. Adam Lambert – Never Close Our Eyes (240 points) (PEAK: #15)
Alright, you Glamberts, here’s the first of two songs on the chart for the recent host of VH1 Divas 2012. Of his four songs to make my top 40, this is the only one that didn’t make the top ten, stalling out at that #15 peak for three weeks. The first single from Trespassing will be appearing in a little while.

072. Alanis Morissette – Guardian (245 points) (PEAK: #17)
After an era with no top-40 hits, Morissette landed one song in the survey this year, from her album Havoc and Bright Lights. She hasn’t scored a top ten hit on my chart since her remake of Seal‘s “Crazy” peaked at #8 for two weeks in January 2006.

071. Ellie Goulding – Lights (245 points) (PEAK: #9)
Goulding’s song was #78 on my 2011 year-end countdown with just five points less than it accumulated this year. It was off the charts months before it hit #1 on the CHR survey in August.

Join me back here tomorrow as I reveal #70 through #56, packed with shadows, darkness and falling skies. Not too optimistic looking, huh?